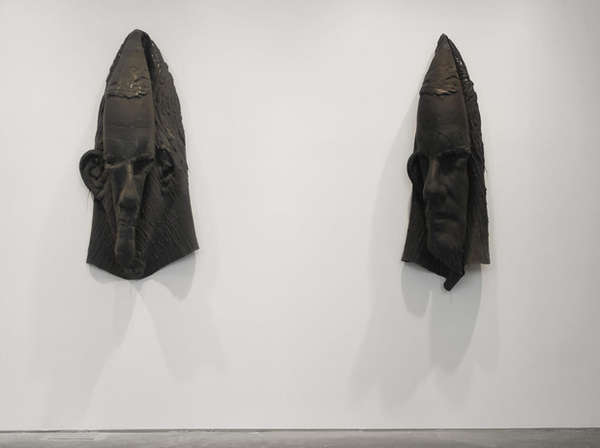 Meghan Young — May 3, 2013 — Art & Design
References: richarddupont & coolhunting
Richard Dupont is an American artist hailing from New York City. As one of the early artists to dabble with digital model distortions in a physical space, he made a name for himself in both the art and Internet realms. Richard Dupont was especially fond of manipulating scans of his own body, creating shape-shifting statues, resin heads and more to the delight of his fans.

Since then, Richard Dupont has tweaked his head sculptures. He discovered that if he poured liquid rubber over them in the right amount, he was able to peel them off to create a disturbing deflated effect that is just as captivating as the original artworks. As noted by Cool Hunting, Richard Dupont admits that the sculptures can be viewed "as entropic versions of Easter Island moai."
1.1
Score
Popularity
Activity
Freshness