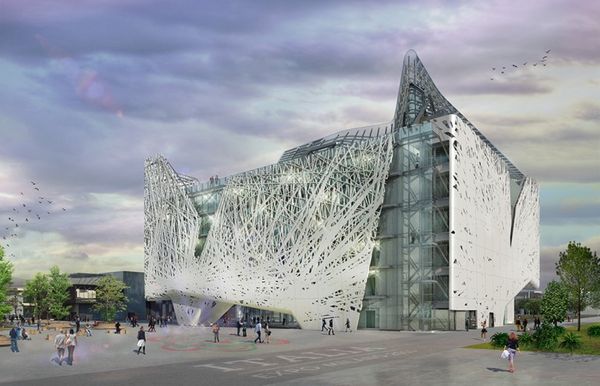 The outdoor surface and some parts of the interior will be made out of 'i.active Biodynamic' cement panels. When in contact with direct sunlight, this material captures pollutants and converts them into inert salts, thereby helping to reduce smog. The smog-purifying cement itself is highly sustainable, being made from recycled materials such as marble scraps.

The Palazzo Italia will also be equipped with a photovoltaic glass rooftop to generate solar energy during the day. The building will be a central feature of the Milan Expo 2015, but the smog-purifying facade will remain long after the Expo is over.