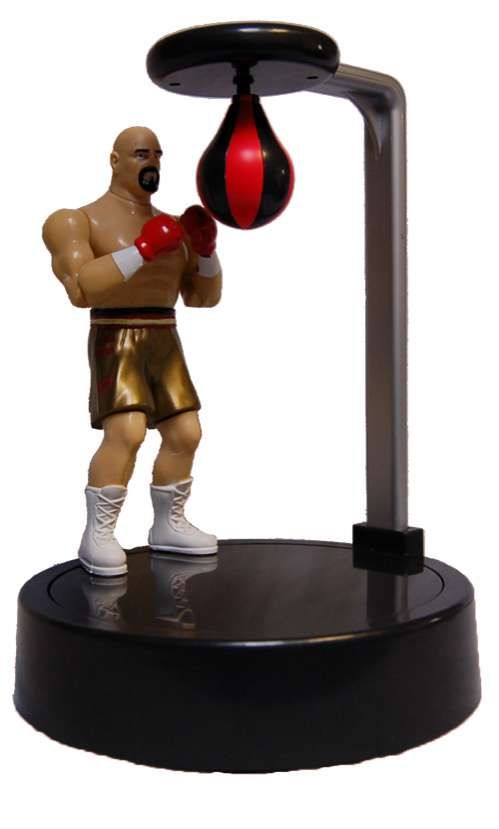 Ayman — February 10, 2008 — Tech
References: thumbsupuk & ubergizmo
Share on Facebook Share on Twitter Share on LinkedIn Share on Pinterest
Typically when we play a computer game, the visuals are on the screen. With 3-D glasses you can enhance the visuals by adding a third dimension. However, the USB Boxer adds a totally unexpected dimension to the gaming experience by displaying the action pysically right in front of your eyes.

The boxer's punches are controlled via the keyboard and the action happens right there, you see the boxer throw the punches, you hear the sound, you feel the vibrations! I think that even if this game is very simple, this idea might open the door to exciting possibilities of interactive realistic gaming.

The USB Boxer's specifications according to vendor: