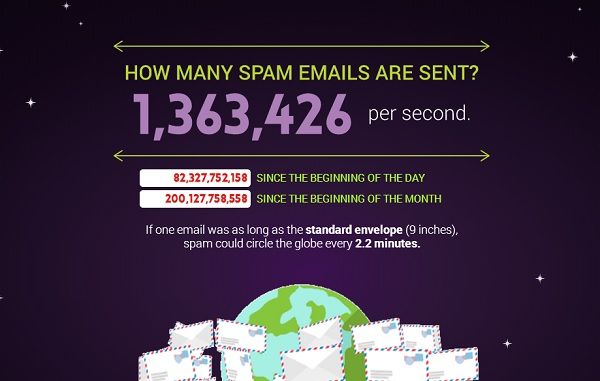 Fractl Created a Website That Tracks Internet Usage in Real-Time

Megan Facciuolo — April 6, 2014 — Tech
References: support.frontrange & designtaxi
Share on Facebook Share on Twitter Share on LinkedIn Share on Pinterest
Over the past decade, Internet usage has skyrocketed. We live in a digital age where the Internet is no longer a means for past time; it can be your workplace, your phone, your mailman, your creative outlet and your television all at once. Florida-based data company Fractl took it upon itself to track our usage in a live format and created the webpage 'The Content Explosion.'

This eye-opening website, which is essentially a live-feed infographic, tracks and measures what is going on in cyberspace by the second. Some measurements include 1.6 websites being created and over 1.3 million spam emails being sent every second.

It also includes comparable facts to put a more visual spin on the website, instead of repetitively throwing numbers at its viewers. One example includes comparing bytes of data to gallons of water; if each byte of data usage was a gallon of water, we would fill the ocean in 122 days!
5.8
Score
Popularity
Activity
Freshness
Get the 2021 Trend Report FREE