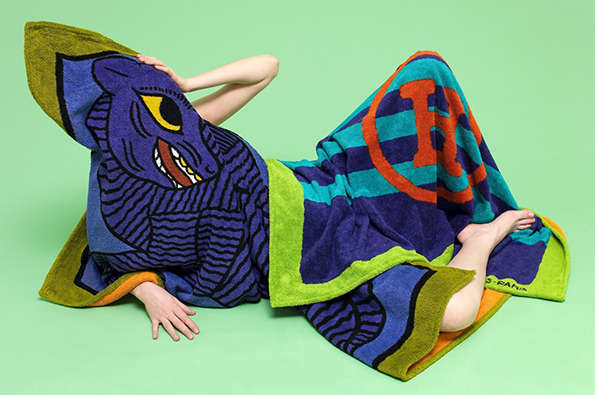 Shot for Fräulein magazine, Handtuch by Bela Borsodi is comprised of colorful towels artfully arranged on real-live models. As though creating a new alien species, the towels become a part of their identity, obscuring faces and most other body parts to yield a new life form fit for the beach. The photo series shows that just about anything can be given personality and character if captured in the right way, which Borsodi is an expert at.
3.1
Score
Popularity
Activity
Freshness
Attend Future Festival