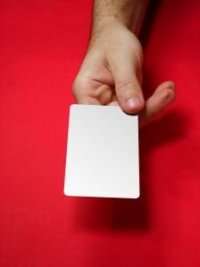 To exploit this particular niche, Zach established an intentionally divisive and possibly controversial application known as Club One. http://apps.facebook.com/clubone/

A Club One membership "guarantees you exclusive access to a hidden network of peers at your caliber. Among them are movers and shakers that will be or already are the powerbrokers, celebrity, or wealth of the online world. Club One provides a secret venue for communication among this select community". Zach notes that the club's actual purpose is simply to connect cool people.

To become a part of the club you must apply to a waitlist where your Facebook profile is "reviewed". You can also add Zach as a friend so he can personally review your profile. And the more people you invite to the club, the faster your review process will be.

Since its launch, Zach has received dozens of hate mail, dozens of flatterers lobbying to get in and dozens of impatient messages demanding to know if people have made the cut.

As Zach notes, "sociologically, it is an interesting phenomenon. People's curiosity drives them to apply, but even more powerful a motivation are people's egos".