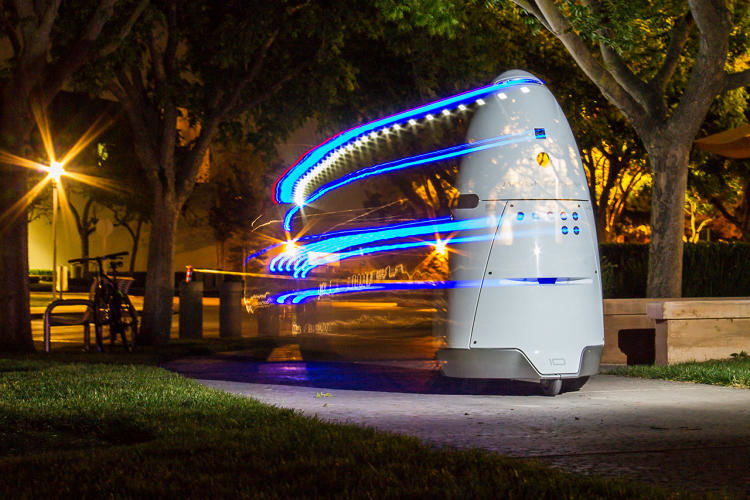 Katherine Pendrill — August 17, 2015 — Tech
References: knightscope & fastcoexist
Share on Facebook Share on Twitter Share on LinkedIn Share on Pinterest
'Knightscope' designed a cost-effective security system that can serve as an alternative to the traditional mall cop. Not only are security guards expensive to hire, there is also the possibility that they may tire while on the job. To combat this problem, Knightscope designed an inexpensive robot that can provide a reliable form of nighttime security.

The robot is called 'K5' and it is designed to provide a cost-effective security solution for corporate campuses, data centers and shopping malls. The robot is equipped with a series of sensors and cameras that allow it to detect audible noises and scan suspicious license plates. Unlike human security guards, the K5 continuously patrols an area, thereby providing a consistent form of security. The device is not only more efficient than a traditional worker, but it is also significantly less expensive.

The robots have already proved to be very popular and there are currently two dozen in operation throughout the Silicon Valley area.
3.8
Score
Popularity
Activity
Freshness
Get the 2021 Trend Report FREE