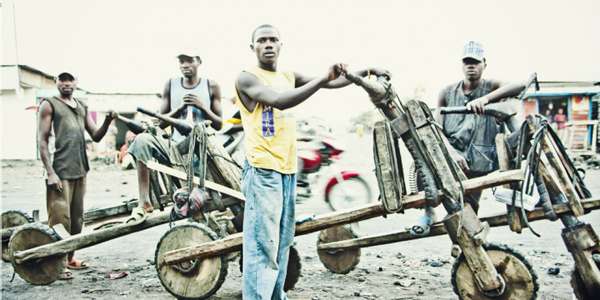 The Chukudu is From the DR of Congo

These oversized, handmade wooden scooters from the east of the Democratic Republic of Congo are mainly used for transporting various goods up and down the hills. The Chukudu comes in three models: small, medium and large, and has become the donkey of eastern congo. Its name originates from the sound it makes, which is "Chu-ku-du, chu-ku-du, chu-ku-du" as it rolls along the lumpy, lava-covered streets.

New York photographer Abby Ross traveled to the Democratic Republic of Congo to capture these magnificent contraptions and the people who make a living off them. An owner can earn up to $10 a day, which is a lot of money for transporting various goods.
5.8
Score
Popularity
Activity
Freshness
Attend Future Festival Virtual