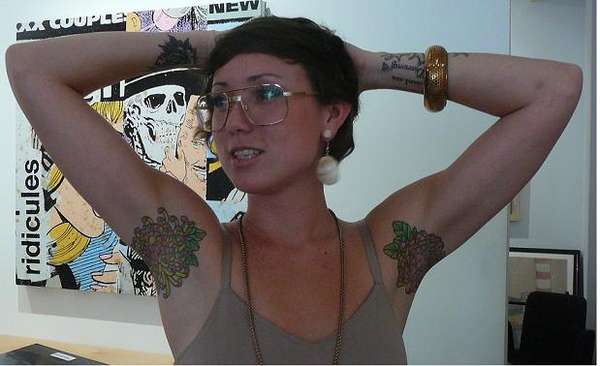 According to Bodner, armpit tattoos are fairly common but usually are part of sleeves. At any rate, these armpit tattoos definitely stand out from the norm.

Implications - Though tattoos were once seen as taboo, they are now widely accepted as a mainstream movement. Thus, consumers who seek more underground innovation are finding new ways to incorporate ink into their lives, resulting in odd tattoos such as these underarm embellishments. For consumers, expression is simply not enough--the true goal is individualism at any cost.
6.9
Score
Popularity
Activity
Freshness
Jeremy Gutsche Keynote Speaker

Bacon Tattoos
Man Shares Love for Bacon with the World