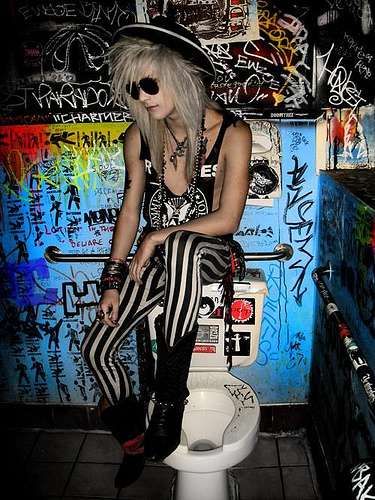 Androgynous Men, Like 'Snake of Eden,' Are Gaining Prominence

Is it wrong that I find myself simultaneously attracted to and minutely jealous of these undeniably tantalizing, unisexual beings?

While admitting that this might border somewhere along the lines of a slight obsession of mine, it is also a trend that is distinctly on the rise. Men who look neither manly nor womanly, they just are. In essence, that would technically classify them as an It, although I imagine a good majority of the population would do away with this seemingly crude label and settle for nothing less than ‘Hot,' ‘Hawt,' or ‘Hott.'

Swedish punk-rock/glam-rock band “Snake of Eden” is perhaps one of the best examples of today’s Asexual beings. Out of the band of five, three of its founding members are triplets. Each has hair coiffed more perfectly than mine, a propensity for wearing nail polish and the odd bit of mascara, along with a style that could be defined as moderately effeminate with a definite edge. Indeed, given the chance, I would like to chat up many of these boys and coerce from them their beauty secrets.
6.5
Score
Popularity
Activity
Freshness
View Innovation Webinars