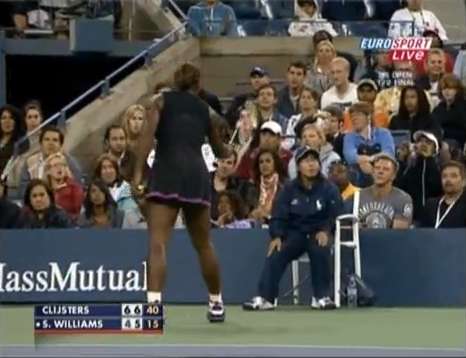 What Did Serena Williams Say to Get DQed From the U.S. Open?

Marissa Brassfield — September 13, 2009 — Pop Culture
References: timesonline
Share on Facebook Share on Twitter Share on LinkedIn Share on Pinterest
What did Serena Williams say to get disqualified from the U.S. Open semifinals? It’s tough to say for sure, but according to eyewitnesses who sat near the line judge during Serena Williams’ outburst (in the video above), it was something along the lines of, “If I could, I would take this f’ing ball and shove it down your f’ing throat and kill you.” Yup, that’ll do it for most athletes during a major sporting event!