Trend Hunter Featured in the Globe and Mail 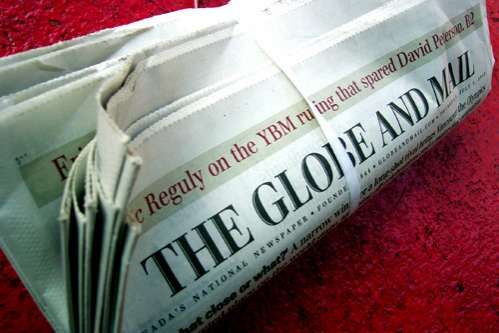 It’s all there at Trend Hunter.

Finally, a way to get cool this summer and stay cool.

Or, as the promo has it, “Find out what’s cool before it’s cool.”

I can use this.

For some decades now, I have suffered from Trend Deficit.

I am told by the younger people who hang about the refrigerator that I drive the wrong car, listen to the wrong music, see the wrong movies and wear track pants so high I can tie the string with my teeth.

It happens. I was once completely up to date --and have photographs to prove it—but it lasted only a couple of hours back in another century.

Somehow, I lost my groove.

Thanks, however, to a kindly friend sending along a website I hadn’t seen—http://www.trendhunter.com—my worries are over.

With the click of a mouse, I have moved from seriously out of date to sleekly up to date.

Did you know, for example, that a top fashion designer has come out with a skirt that converts into an inflatable canoe?

Inspired by the flooding of New Orleans, this brilliant device allows you to look sharp at the office while prepared for a disaster that might strike during the workday.

Did you know that you can subscribe to a newsletter that will let you know exactly what is the hot—as in cool—candy of the week.

It’s all there at Trend Hunter.

“Trend spotting,” the on-line magazine says, is the “science of identifying emerging shifts in our social behaviour and aspirations.” But there is also “cool hunting,” which is not the search for what is popular, but “the search for what’s NOT popular—yet.”

It’s about the Next Big Thing, and Trend Hunter has a list so extensive—gathered by trend spotters and cool hunters all over the world—that barely two days of peeking in has moved me out of the last century all the way to the next.

The wearable canoe is but one of the Next Big Things to come:

The Jazz Apple: a new fruit out of New Zealand, with a taste so tangy and a bite so crunchy it is going to knock the polish off passé Grannies and McIntoshes.

The Swiss Army Knife Couch: perfect for small spaces, a piece of furniture that just keeps folding out—though, unfortunately, does not include a toothpick.

The New Improved Alarm Clock: a device that forces you up and at it by whipping the covers off.

Tracker Tags for Kids: Small programmed bracelets that children and adults can both wear while heading off to an amusement park or mall, allowing the parents to pinpoint the location of each child by merely scanning the device at conveniently located kiosks.

New Smart Words: courtesy of the Merriam-Webster Dictionary of English Usage, such useful phrases as “mouse potato” (someone who fritters away the day at the computer) and “himbo” (an attractive, but utterly vacuous, man).

Beyond-Definition Television: A 360-degree wraparound television that allows you to hit the fridge and answer the phone and, for those who don’t mind open doors, hit the can without missing a thing.

Green Thumb, Clean Fingernails: The dirt-less Aero Garden for condo dwellers who are keen on photosynthesis but not at all keen on hauling dirt up the elevator.

The Ultimate Trip: A company called ZG Aerospace is offering to take “stuff” into space for ordinary people, launching this summer from a site in Mexico and with rates beginning at $50 (U.S.) for a simple business card to be sent to The Final Frontier.

(No rates given on the useless “stuff” sitting in your garage.)

No More Bent Lugs: A couple of inventors are trying to cash in on the body-piercing craze by having glasses wearers implant a threaded barbell into the bridge of their nose, thereby allowing them to wear a variety of designer glasses that are easily switched by clicking them on and off this handy “hinge.”

Over-the-top Laptops: a company called Tulip Computers is offering a $500,000 (U.S.) diamond-encrusted laptop—though no one seems to have the foggiest notion why . . ..

There are even new platform shoes out where, when you finally deflate your canoe skirt and put your feet up at the end of the day, the oversized soles contain a comic strip to bring a smile to the face.

In this case, Betty and Veronica.

Which suggests “cool” doesn’t run in cycles but circles.

And hints, this late trendsetter bets, that it will only be a matter of time before nipple-high track pants show up on Trend Hunter.
5.6
Score
Popularity
Activity
Freshness
View Innovation Webinars