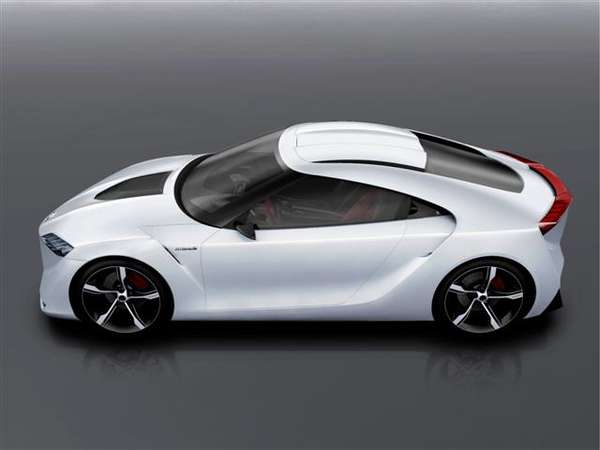 Jeremy Gutsche — January 9, 2007 — Autos
References:
Share on Facebook Share on Twitter Share on LinkedIn Share on Pinterest
Toyota has released a HOT 400 horsepower hybrid called the Toyota FT-HS. The FT-HS is rockets from 0-60 in roughly 4 seconds, which is inline with the Tesla Roadster we featured earlier in the year. The sexy ride boasts a 3.5 liter engine thats hooked up to an electric motor and battery pack.

Given that the FT-HS is an ecocar, I wanted to get the perspective of a green blogger. Hank from ecogeek was also at the car show, and he had this to say on ecogeek.org, "Toyota, however, is somehow being both stupid and great in one car. They'll be releasing the FT-HS hybrid sports car concept. The car is expected to hit 60 mph in four seconds with around 400 horsepower. Now, that's impressive, but, in my opinion a waste of an electric motor. The car's performance will be increased much more than its fuel efficiency. But, I suppose, if people are going to be buying these ridiculous power-wheels, then they should be as efficient as possible."

Here's what Toyota had to say:
The FT-HS incorporates hybrid capability while maintaining sports car essentials, such as a sleek profile, lightweight aero-dynamic materials, and an advanced high-output powertrain for revolutionary acceleration and optimal performance. This 21st century sports car is fun-to-drive with eco-friendly benefits such as ultra-low emissions and fuel efficiency. The FT-HS appeals to an emerging buyer who grew up eco-conscious and perceives technology as a necessity, not a luxury.

This two-plus-two concept is a front-engine, rear-drive sports car with a projected zero-to-60 acceleration in the four-second range. A powerful V6, 3.5L-engine is coupled with a 21st century sports hybrid system with a target power output of approximately 400-horsepower. At a mid-priced market position, FT-HS would be a true "attainable exotic" with 21st Century performance.

FT-HS expresses the core values of a Toyota Brand design strategy that combines two key elements: J-Factor and Vibrant Clarity. J-Factor refers to the local and global acceptance of Japanese-inspired design and cultural sensibilities. Vibrant Clarity is the design language used to express the J-factor much in the same way that L-Finesse is the language of the Lexus Division. It is the combination of perfect imbalance, freeform geometrics and integrated component architecture. The result of these three elements is subtractive mass, a minimalist style that is not only lightweight, but also looks lightweight.