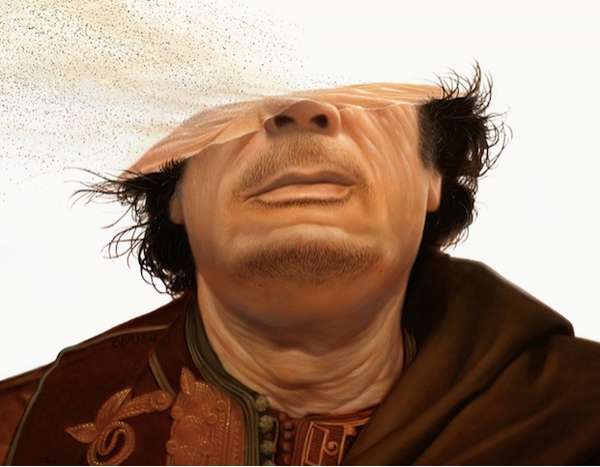 The downfall and overturning of Moammar Gaddafi is highly controversial, but is largely being embrace in North America -- as this TIME Magazine September 2011 cover displays. You may recognize the work of talented political illustrator Tim O'Brien from his Osama Bin Laden TIME Magazine cover, which shows a crossed-out close-up of the famous face. This magazine cover makes an artistic, yet powerful statement and is sure to be a hit once it hits newsstands.

Implications - Through references to current political events, many artists and companies take advantage of opportunities to attach themselves to tidal waves within the news world. These events that shake the mass media and public are excellent jumping off points for products and services to reference them, just as this Tim O'Brien does with this Moammar Gaddafi cover.
2.4
Score
Popularity
Activity
Freshness