Teens Watching TV without going near a set 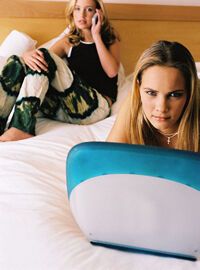 Greg Ponesse — January 9, 2006 — Pop Culture
References: globetechnology
Share on Facebook Share on Twitter Share on LinkedIn Share on Pinterest
In a trend that is increasingly seizing the attention of advertisers and broadcasters, more teens are watching television without ever laying eyes on a TV set. In yet another blow to appointment television and the notion of captive audiences, tech-savvy young people are abandoning the system by using file-sharing programs such as BitTorrent to download unauthorized, commercial-free episodes of their favourite shows.

"You don't have time to come home and watch Desperate Housewives if you're at the library. If it's on your computer, you can watch it any time," said Ms. Gavloski, a 20-year-old marketing student at the University of Guelph.

While the practice is not new -- teens, as well as adults, have long been downloading music, games, movies and TV shows -- it is undoubtedly on the rise.
3.2
Score
Popularity
Activity
Freshness
View Innovation Webinars