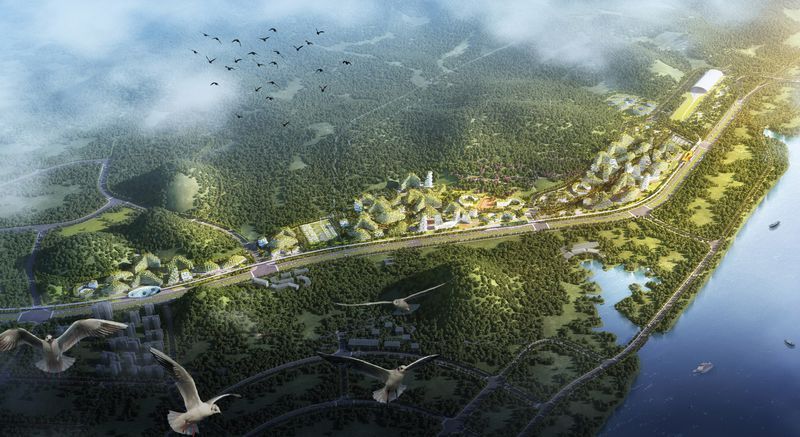 His concept for a vertical forest city would feature nearly 40,000 trees and over 1,000,000 plants to combat air pollution. The greenery is designed to cover skyscrapers, balconies and rooftops. The entire city would span 175 hectares of land along the Liujiang river. Due to its location, the concept is called the 'Liuzhou Forest City.' The city would be home to some 30,000 residents and would include retail and commercial spaces. Stefano Boeri's green city would eat up 10,000 tonnes of CO2 and 57 tonnes of pollutants per year while producing 900 tonnes of oxygen. In this green city, the temperature would be cooler and quieter because of the plant and animal life abundant in the area.
6.3
Score
Popularity
Activity
Freshness
Get Better and Faster