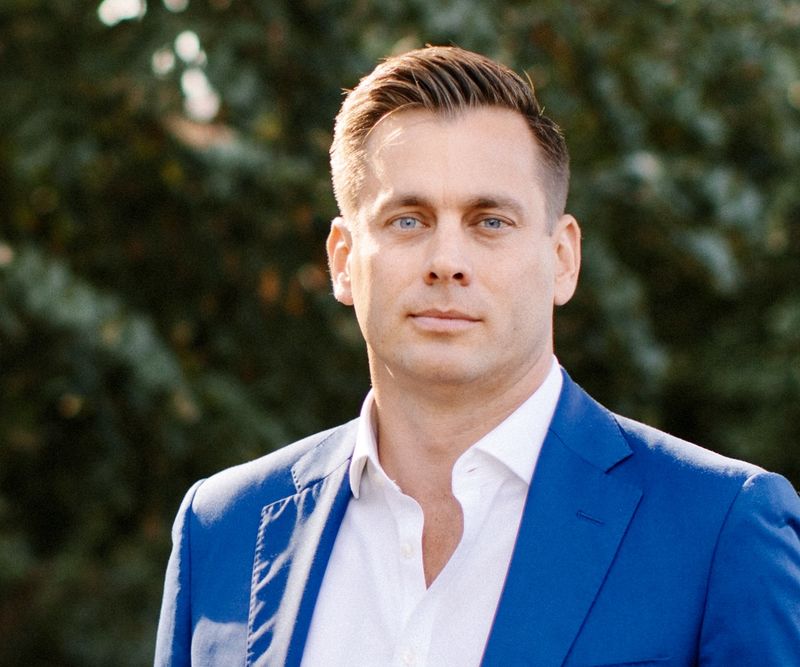 Ellen Smith — May 13, 2019 — Business
References: sproutly
Share on Facebook Share on Twitter Share on LinkedIn Share on Pinterest
The legalization of cannabis in Canada has tasked brands with preparing for the next phase of cannabis consumption. For many, this means focusing on the emerging beverages and consumables market, which is set to explode as government regulations continue to roll out. In an effort to become the leading supplier of water soluble cannabis solutions, Sproutly plans to leverages technology and innovation to create a premium product that differentiates itself from the competition. Produced in a state-of-the-art facility, Sproutly’s water soluble cannabinoids gained the attention of Moosehead Breweries, who announced a partnership with Sproutly as they enter the cannabis-infused beverages market.

To learn more about the future of the industry, and the recently announced partnership with Moosehead, Trend Hunter sat down with Sproutly’s CEO, Keith Dolo.

Can you tell me a bit about yourself and what you do?

I’m the CEO of Sproutly Canada, so we’re a licensed producer and we have state-of-the-art technology that creates the best available solution for the infusion of cannabis into beverages. We have been wholeheartedly focusing on picking and selecting the right partner for our Canadian market place, and that’s on the heels of the recent announcement regarding our joint venture with Moosehead. We actually have a facility in Scarborough that’s in full production, and all of the cannabis that we’re growing is being converted to our unique water soluble solution that now, with the joint venture with Moosehead, would be able to supply the demand for cannabis-infused beverages.

The consumables industry is growing rapidly, so how does Sproutly separate itself from the competition?

The biggest differentiation is the technology, which we spent more than 13 years researching. Other companies are creating beverages and edibles that are taking an oil base and adding a chemical modifier to be able to blend the oils back into water, or to be able to mask them into different edibles. We at Sproutly, through our technology, are able to create a truly water soluble cannabis solution that can be instantly formulated into a beverage without the use of harsh-tasting chemicals that the body would have to adjust to. Not only can we formulate without using these harsh, bitter chemicals, we also create products that have a much different profile effect due to the true water solubility. Without being an oil, it’s able to be integrated into the body much quicker. The feedback from consumers is that the effects are felt around five minutes, and the effects dissipate from the body after about 90 minutes. That is supremely different when compared to the majority of other companies that use an oil product. That’s because oil takes a lot longer for the body to process, so the effects can stay in your system for hours, and that doesn't allow those types of products to cater to mainstream consumers. So we think this fast on-set and fast off-set time will really resonate with the market, and differentiate Sproutly from competitors.

What have been the biggest changes in the cannabis industry? How does this impact the products you’ve been producing?

Canada is still feeling its way out here as we’re still waiting for the edible regulations to be released. The difference is, in the US, you see a lot of non-household brands out there. Because of the federal regulations, big brands tend to stay away from cannabis. In Canada we’re seeing big name companies taking cannabis on. It’s the federal regulations in Canada that has allowed that to happen. So we’re looking to take what’s happening in the United States and amplify that. So Canada will be able to launch products that are far superior to other places in the world - so we get to become the leaders not only in legalization, but in producing some amazing products with true household names behind them, which will allow the industry to go full steam ahead in the next couple of years.

What sort of brands or industries do you envision Sproutly partnering with in the next 5-10 years?

What are the biggest challenges in the cannabis industry?

Specific to Canada, it’s the tight regulations. On one hand, it’s great that we have these regulations to protect consumers and to allow companies to thrive in this industry, but on the other hand getting products approved here in Canada, as well as working to get your licensing processed is a very slow and methodical process. It’s allowed certain people to play within the space, but it’s very time consuming and costly to get to that point. So the biggest hurdle is just understanding the regulations as they slowly roll out, as we’re still waiting to see them in the final format.

Is there room for experimentation in your field? What do you hope to experiment with in the future?

I think there’s a lot to say from a health and wellness standpoint. THC will be selective to certain edibles and certain beverages. The next evolution that we’ve had discussions about is the CBD that’s derived from hemp, and what types of products that could be applied to. Really, it can be anything from tea to potato chips, because different technology would be able to integrate CBD into health and wellness products. When its integrated with different products, that’s when you really start to break in those consumers that are on the side lines -- maybe they’ve never tried cannabis, or maybe they never will try cannabis, but they understand the benefits of CBD and are comfortable integrating CBD into their daily diets. So, I think you’ll start to see CBD integrated into many different products in Canada over the coming years.

What changes do you anticipate in the next 5-10 years?

You’re going to see some of the health Canada regulations becoming more relaxed as consumers get more comfortable with the industry. Other than that, we anticipate global expansion. You’ll start to see companies that are currently limited, breaking into other markets. The Canadian market is already becoming saturated, so if they want to survive they’re going to want to be going over to other countries. In my opinion, the companies that will be around in the next 5-10 years are the ones that are able to grab an international footprint.
5.1
Score
Popularity
Activity
Freshness
Get Trend Hunter Dashboard