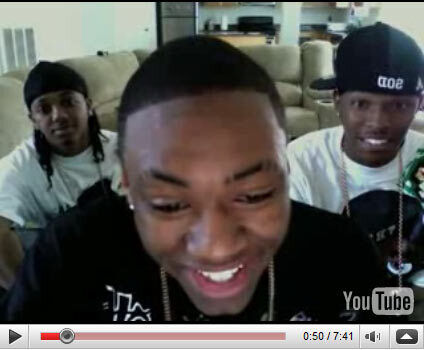 In this video, Soulja Boy jokes at Ice-T's age, trash talk and name. Perhaps the most entertaining part is when Soulja Boy says, "I wickapedia'd this n___ and this n___ was born in 1958!' He then continues to make fun of Ice-T's age, highlighting the generational gap.

Here's a response to the video from Ice-T:


This isn't the first time we've seen big rap stars trash each other on the web's most viral channel. In March, 50 Cent made headlines when he threw a fake funeral for Fat Joe, using YouTube as the distribution mechanism: