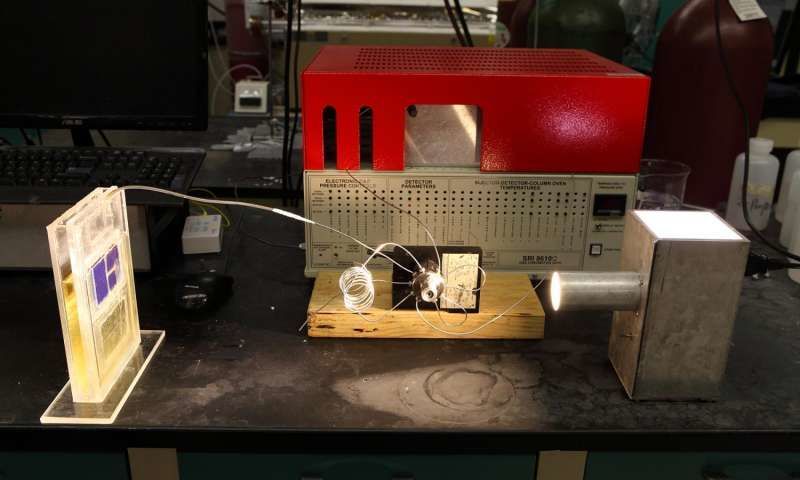 Joey Haar — August 1, 2016 — Eco
References: science.sciencemag.org & gizmodo
Share on Facebook Share on Twitter Share on LinkedIn Share on Pinterest
As if solar cells weren't sustainable enough as they are, a new solar energy technique from engineers at the University of Chicago uses the sun's rays to convert carbon dioxide into usable fuel. This means that the system will simultaneously be powered by the sun, a renewable source of input energy, while removing environmentally harmful carbon dioxide from the atmosphere.

The solar energy technique isn't a new idea, however. In fact, it's been in use for billions of years in the form of photosynthesis. Just like plants' leaves, the solar energy technique uses the sun's energy to convert carbon dioxide into fuel. For plants, that fuel is sugar, but with the new solar cell, the fuel is synthetic gas, or "syngas." This syngas can be burned directly for use in engines or converted into diesel.
3.8
Score
Popularity
Activity
Freshness
View Innovation Webinars