The Globe and Mail: Shelby Walsh Article on Design Trends

Side Splitting Sochi Memes
Next
Set of
Related
Ideas 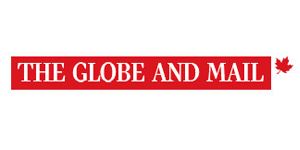 Jaime Neely — April 30, 2014 — About
References: theglobeandmail
Share on Facebook Share on Twitter Share on LinkedIn Share on Pinterest
Trend Hunter's President Shelby Walsh recently interviewed Wai-Yant Li, a Montreal-based ceramist and founder of Creations Li, a unique pottery line consisting of mugs, planters, bowls and pitchers. Shelby spoke to Li about the inspiration behind his quirky personified ceramics, his struggles as a small business owner and his involvement in the Montreal art community.

Li adds personified elements -- such as a beak, a pair of feet, eyes or a mouth -- to his ceramic pieces. He expresses the joy the whole process brings; from when he's making it to the small happiness it brings to one's day when they later use it.

For the majority of the year, except during peak times such as Christmas and the spring season, Li is a one-man shop, producing all orders on his own, selling them and managing the books. Working six to seven days a week, he is still working on finding that work and play balance with which so many young entrepreneurs struggle.

The interview concludes with Li encouraging fellow small business owners to be genuine in their endeavors. It is important to follow through with a goal, because even if it doesn't turn out the way one wants, valuable lessons will be learned.

Nobody brings mugs, pitchers, planters and bowls to life quite like Wai-Yant Li. His personified pottery line, Créations Li, may consist of kitchenware with small features like eyes, feet, beaks or feet, but the personalities of his creations are anything but small.

While Li’s worked with a variety of mediums, he’s chosen clay as his go-to material in order to tell interesting stories through everyday items. The goal of this Montreal-based artist is to make the everyday go extinct.