Anchoring in the Future 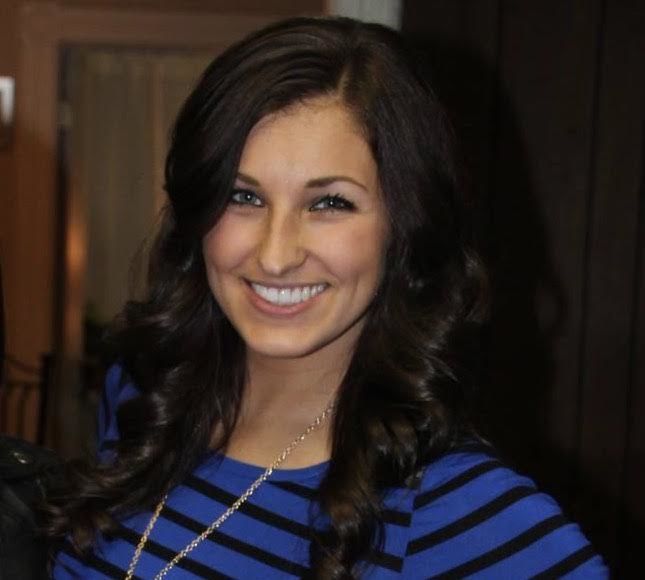 Joey Haar — March 9, 2017 — Business
References: info.jewelersmutual & jewelersmutual
Share on Facebook Share on Twitter Share on LinkedIn Share on Pinterest
Shelby Smykal is a Corporate Development specialist at Jewelers Mutual Insurance Company. Working on the newly developed Explore team, she works with jewelry retailers to innovate and bring the industry into the future. Trend Hunter spoke with Shelby about the rewards and struggles of communicating and innovating throughout a large organization.

TH: Tell us about yourself and your role at Jewelers Mutual.

SS: I’ve been at Jewelers Mutual for almost a year, and my position is on our Explore team. Technically my title is Corporate Development Specialist, but we have a very lean team that we call Explore. My job is to look in the jewelry industry and really help out the retailers. How are we going to keep them surviving and thriving? Because if they’re around, then we as an insurance company are around. So I get to work on the fun side of jewelry retail — I don’t work as much on the insurance side. But before this role I worked with startups, so that’s how I got into my position here.

How do you and your team generate great ideas? Do you have certain rituals to make creativity happen?

Because we are such a lean team — there are really only three of us that do this on a full-time basis — we know that we aren’t the only ones with great ideas. So once a month my coworkers and I get together a team of employees from Jewelers Mutual and do tons of different activities to help us get some creative thinking down. Then we basically take all of those ideas and put them into our idea catalog, and we’re always looking at that list.

It’s hard for some people to understand [our team's role] as a whole. There are so many different departments that not everyone understands it. So for our team, we always try to make sure that each separate department has some sort of idea of what they’ll be doing. That way, if we need their support, they’re not blindsided.

Overall our company does a really good job of that, but in other companies, not everyone might be in the know. Sometimes not everyone can be (if it’s proprietary or you don’t want something to get out,) but we try to bridge that by letting everyone who needs to know know what we’re doing.

We’re working on a project right now, and we have weekly meetings with a really big group of people just to let them know, because sometimes those side conversations can get confusing. It’s definitely important for [the Explore team], as a lean team, to make sure that we have meetings every week, so everyone’s on the same page and [the rest of the company] knows what we’re doing. That definitely helps.

How do you identify trends? What resources do you and your team use to spot trends and insights?

In the jewelry industry, you’d be surprised, there isn’t as much data as you would think. So what we do is go to the jewelers directly. They’re the ones working with customers day in and day out, and so we like to call them and get their input as well. Because we may think one thing, and they might tell us something completely different. This morning we met with a jeweler on customization of engagement rings, and she told us some great insights. So I think it’s important to actually get out in the field.

Do you find it challenging to bring clients into the innovation process like that?

No, actually. A lot of jewelers are especially willing to work with Jewelers Mutual. We’re a really well known insurance company in the jewelry industry, so they understand that we’re trying to help them, and they are always more than willing to meet with us, talk with us about their problems, about what’s going on the industry. We really haven’t had any push back.

And in the jewelry industry, one of the biggest problems is trying to bring in that Millennial customer — which I know that’s basically every industry — and so we want to be the people they come to who are the experts in the industry and who truly try and help them get those customers in.

If we want to think fresh, a lot of times we’ll go for a walking meeting, because we have a beautiful campus here at Jewelers Mutual. Even in the wintertime you’ll see people walking around. I don’t know if it’s the fresh air or what, but sometimes when you’re just walking outside you end up hashing out ideas. It’s sounds funny, but it does something to you.

Has there ever been an instance where another industry has influenced an innovation for you?

As Jewelers Mutual we’re part of a group, and in that group is a bunch of different corporations that are basically trying to do the same thing that we are. We have quarterly meetings as a group, and at each meeting, companies from different industries come up and speak to us about what’s worked, what hasn’t worked. We’ve heard from the medical industry, the retail side, other insurance companies, and getting new perspectives has really helped. It’s interesting to hear the different pains and wins that other corporations have. They’re very similar in each industry, which I was surprised to see. But we all support each other and go to one another and say, “Do you think this would work? I know you’ve done something like this. How did it turn out?”

Are there any examples?

One of the medical companies, a huge one out of Michigan, they have a process where anyone from the company can come and give their ideas. They talked about telling a good idea from one that maybe isn’t so good. So basically, depending on the size of the project and how far that idea went, an employee could get stock in the company or some type of reward for bringing the idea to the company and not just going off and doing it themselves. That was really interesting to hear, because we’re trying to get our employees to buy into the innovation side as well. We know that they also could have some great ideas that we might not think of.

For our company as a whole, innovation and the Explore team are part of the strategic plan. People know that this is really important to Jewelers Mutual as a whole. When you have a CEO who really buys into innovation and helps make that culture, that is a huge part. So we’re very lucky that our CEO supports us in what we’re doing. Our innovation team only formed two-and-a-half to three years ago, so when he came on he really took it and ran with it.

As a smaller team, we love to get everyone’s input on what we’re working on, so we have an open door policy. Basically any employee that wants to see what we’re working on, we can show them. They can come in, play with the gadgets, discuss, build, just walk in and give us ideas. So making people feel comfortable and making it okay to talk about crazy ideas.

Is it literally an open door that you use to engender that comfort?

It’s in our director’s office, and we call it his little innovation lab. So all of our projects that we work on are in there, and his door really is open pretty much all the time. There are always people coming in and out and working on stuff. My coworker and I have our own desks, but a lot of times we turn that office into a coworking space because it’s easier to all be in one room and bouncing ideas off each other.

The jewelry industry is a little bit behind some other industries, and I think that’s because the average age of a jewelry store owner is a little bit older. I think it’s going to be instrumental in getting us Millennials — I myself am a Millennial — to really care about jewelry and see it in a fun new way. Whether that’s educating or looking at it through a cool new device. All this augmented reality and virtual reality, we’re looking into all of that. I think that in the next 10 years, a lot of jewelers are going to be adapting different ways to view jewelry.

If jewelry has been in your family for a really long time, someone could be set in their ways and may not want to change. But we’re really trying to find those jewelers in the industry who are ahead of the game, who know a little bit about technology, so that they can be ambassadors and spread the word.

What’s the craziest thing you have done to get creative inspiration?
I was in a creative business class, and we did a ton of crazy things to get us to think about things differently. We did improv, finger painting, listening to music and drawing lines that you think match it. There’s a TED Talk video out there where the speaker gives you thirty circles and you have to draw as many things as you can in 30 seconds, we did that. Those are probably the craziest things that I’ve done.

Do you have an example of an innovation that you implemented that you’re proud of?

JCK, which is I think the biggest jewelry show in North America, came to us last year and asked us to come up with the jewelry store of the future. Our team came up with three different ideas: one was to use beacons with an app, and if you went to a bunch of different beacons, you could win a prize. That one wasn’t as successful as we thought, because people don’t want to download an app. Our second one we did was an IoT sensor. We had a jewelry case, and there was a sensor in it, and if you hit the jewelry case hard enough, a camera would take your picture. It said “Busted at JCK,” a play on people pretending to break a jewelry case. Then our final one was called ‘Holojem.’ It was a hologram where a jeweler could upload a file of ring or a pendant or anything, and you could actually move it with your hand in thin air.

Every year at JCK they have a Think Tank competition, just like ‘Shark Tank.’ So we pitched for ‘Best New Innovation in the Jewelry Industry,’ and Holojem actually won that last year. That was a cool and exciting thing to win, and it got us a lot of press. We’re still working on some stuff like that, so this year will be very interesting.
3.1
Score
Popularity
Activity
Freshness
Attend Future Festival Virtual