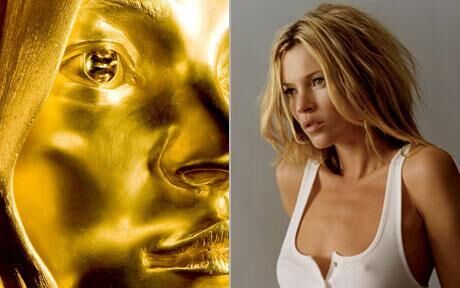 The piece, from Marc Quinn, was entitled Siren. The golden Kate Moss weighs 50kg (100 lbs) and is said to be the largest gold statue made since Ancient Egyptian times.

"I thought the next thing to do would be to make a sculpture of the person who’s the ideal beauty of the moment," Quinn said about his selection of Kate Moss.

‘Siren’ shows Moss in a yoga pose, and is part of a collection, entitled Statuephilia, by contemporary artists going on display at the British Museum.

This is not the first time Moss have been the muse for Marc Quinn. Previously she was a subject of a series of 7 sculptures and also an abstract painting (all pictured in the gallery).
6
Score
Popularity
Activity
Freshness
Get Trend Hunter Dashboard

An Airbrushed Life of Scandal
Kate Moss for Longchamp