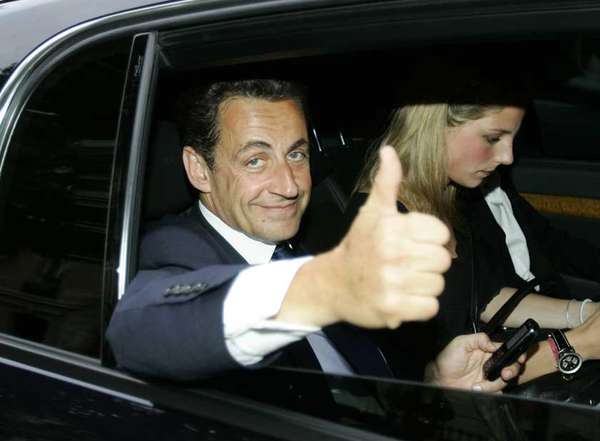 Jokingly, the surgeons call the trend, "The Sarkozy Effect," although there is no confirmation that the French president has 'gone under the knife'.

The most popular procedures are Botox and male breast reduction. The Telegraph notes, "50 per cent more men aged between 35 and 55 had Botox injections to reduce wrinkles so far this year, compared with the same period in 2007... Demand for male breast reduction surgery has increased by 47 per cent, and 43 per cent more men have undergone microdermabrasion - when the outer surface of the skin is sloughed off."

In addition to the presidential inspiration, mid-life divorce and career opportunities are thought to be highly influential. One surgeon, Dr. Julian Northover noted, "Quite regularly we treat patients who have a much younger partner. The results from a short treatment with Botox and possibly fillers can be dramatic and make them much more confident in their relationship."

So... what type of surgery does President George Bush inspire?

Here are the full stats, as reported by the Telegraph:
- Cosmetic Surgery Boom: The full figures
- Botox up 57 per cent
- Male Breast Reduction 47 per cent
- Chin lifts up 44 per cent
- Microdermabrasion 43 per cent
- Blepharoplasty (eye bag removal) up 25 per cent
- Face lifts up 17 per cent

Winterized Comfort-Focused Boots
The Clarks Wallabee 2.0 GTX is Built with a Vibram Sole