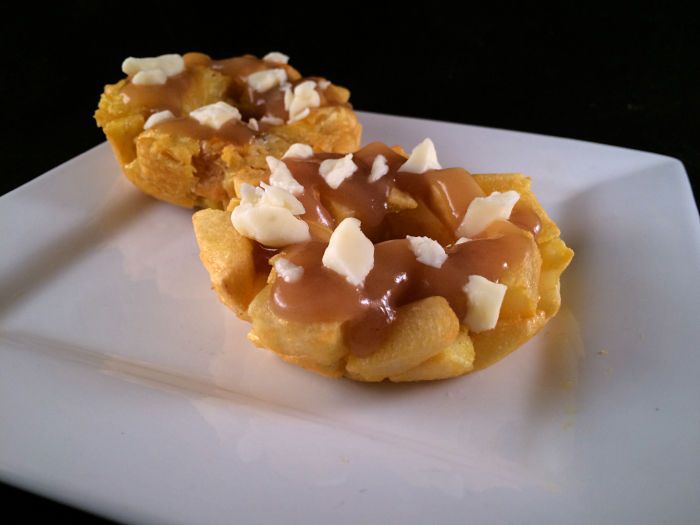 This Poutine Recipe Creates a Savory Donut Out of Fries, Gravy and Cheese

Alyson Wyers — December 11, 2014 — Lifestyle
References: thevulgarchef
Share on Facebook Share on Twitter Share on LinkedIn Share on Pinterest
This poutine recipe is essentially a mini poutine in an 'O' shape. From The Vulgar Chef, the Poutine Donut was inspired by a recent trip to Montreal. As poutine is native to French Canada, it makes sense that visiting the Canadian city would spark an interest in the traditional gravy, cheese curds and french fries-consisting dish.

Using "some sort of shitty oven baking donut maker that I purchased on the Internet," The Vulgar Chef created two different donuts. One used frozen chopped fries, where as the other was made out of fully cooked warm fries. The latter held up better, but the former looks more enticing.

If you have a similar donut baker, you could attempt this poutine recipe yourself (unless you can think of another way to replicate the poutine donut).
2.6
Score
Popularity
Activity
Freshness
Access Advisory Services