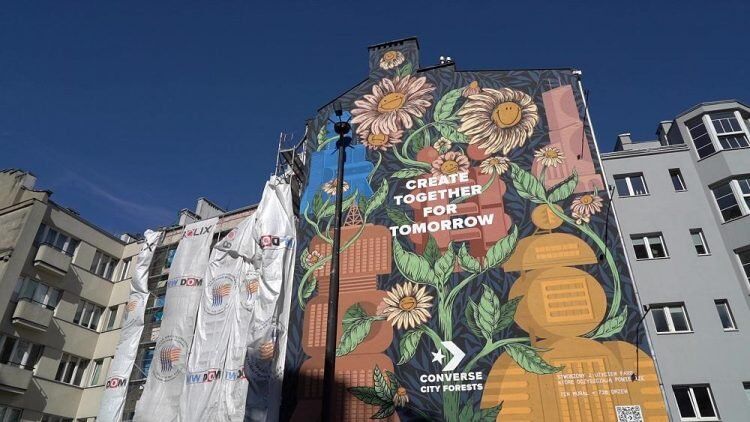 Converse Unveiled Murals That Absorb as Much Pollution as 1,470 Trees

Grace Mahas — November 18, 2020 — Eco
References: odditycentral
Share on Facebook Share on Twitter Share on LinkedIn Share on Pinterest
As part of its City-Forests campaign, Converse, the iconic shoe brand, launched new pollution-absorbing murals that attract and convert airborne pollutants into harmless nitrate. The Converse City Forest project aims to "plant trees" where they might not be able to grow., and thus far, the murals have the air cleaning capacity of 1,470 trees.

The new pollution-absorbing murals leverage a specific paint, dubbed KNOxOUT, that reacts with nitrogen–a greenhouse gas caused by cars, factories, and power stations–and use sunlight to transform the nitrogen oxides into water, small amounts of CO2, and calcium nitrate. The calcium nitrate is then washed away with the rain, enabling the canvas to attract more pollutants.

Dawid Ryski, the designer of the image, commented on the project, stating: “My vision of a better future was well reflected on our project. I see it as a symbiosis of the city and nature, complementing each other perfectly."