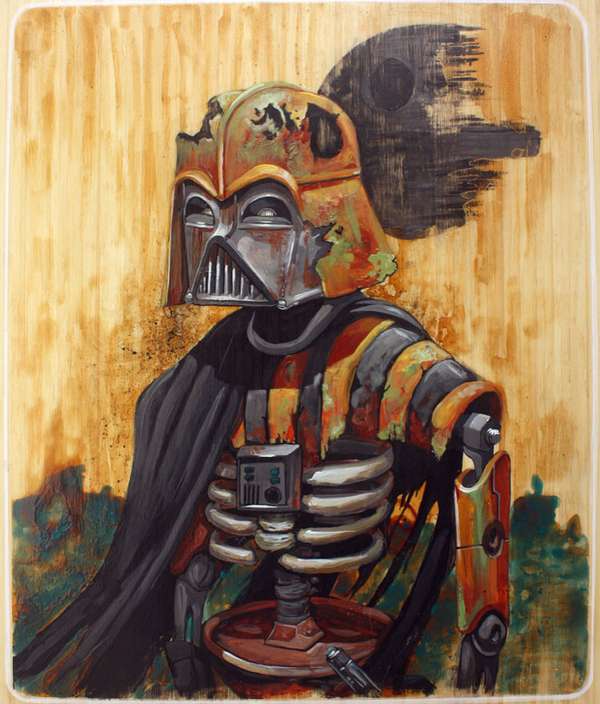 Jason Soy — December 14, 2011 — Pop Culture
References: artwhino & lacarpa.tumblr
If you've ever wondered to yourself whether or not Darth Vader's armor suffered from wear and tear, this illustration by Pixelpancho should answer your question, sort of.

But it's not just Darth Vader who gets the rusted armor treatment by Pixelpancho; Batman, the Flash and Captain America all suffer similar fates even though their suits usually contain no mechanical elements. I don't think fans will care too much about fidelity though as the worn down retro android look of these illustrations are so rad, they make up for their lapse in logic.

Pixelpancho is a graffiti artist whose work can be seen throughout Torino, Italy. Many of his images feature similar vintage robots to the ones seen in this gallery, only they engulf entire building sides and walls.
3.2
Score
Popularity
Activity
Freshness