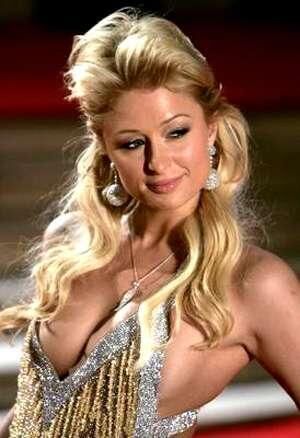 Paris Hilton for President + 10 Reasons She's Smarter Than You

She's been making a lot of headlines after her campaign video, so I thought I might explain why it's worth switching your vote.

10 Reasons Paris Hilton is Smarter Than You (Think)

1) She made herself famous for no reason - and that actually takes talent. What the hell has Paris actually done?  See?  Nothing, right?  Her only real projects have been the RESULT and not the CAUSE of her fame. Somehow she made it all happen.

2) She gets paid to party. I like to party, and I have fun doing it.  In fact, I like to think I bring a little life to the party: But I don't get anything for it.  Actually, I end up paying for my drinks and buying rounds of shots for my friends.  But I've never jumped into a cab and thought, â€œWow, I made a lot of money at that party.â€ Have you?  If not, Paris is smarter.

3) She launched her fame by having sex with her boyfriend.  You've had sex, right?  But did you get famous from it?  I bet not.  However, her marketing engine was in the right gear since day one.

4) She reportedly had an influence in Britney shaving her head.  If so, she's great at getting rid of competition.

5) Nature AND Nurture must be good for something. She's the daughter of a clever business tycoon.  Since the apple 'doesn't fall far from the tree', she's probably more clever than you think.

6) She only 'acts' dumb, according to an interview with Barbara Walters.  She noted, â€œI used to act dumb.  That act is no longer cute. Now, I would like to make a difference. : God has given me this new chance.â€

7) She spent month in jail and ended up with a multi-million dollar book deal (which also proves that she can read and write).

8) NEW: She was able to memorize her lines for the 'Paris Hilton for President' ad.

9) She's only in her 20s, but she's already managed to have her own reality show, hit song / video, star in hollywood movies, line up a book deal, launch her own perfume, launch her own Champagne line, and spend a month in prison.  That's a resume that outshines anyone I know:

10) Paris Hilton is an eco-advocate. She traded in her Range Rover for a Ford Hybrid and is encouraging others to go green.

Again, I still don't know what she does, but somehow she does everything.

See that?  Ten reasons.  How cute.