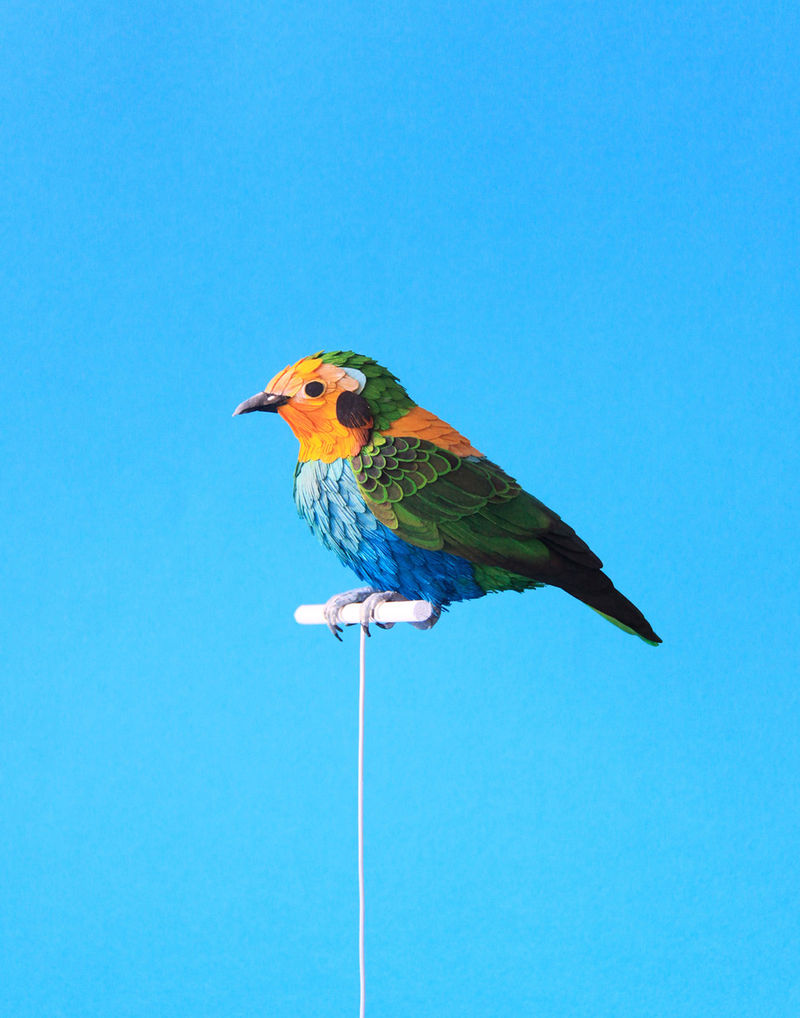 Meghan Young — November 6, 2014 — Art & Design
References: dianabeltranherrera & thisiscolossal
Don't be fooled, the sculptures created by Diana Beltran Herrera, an artist and designer originally from Columnia and now studying fine art at UWE Bristol, are not made using real birds but paper birds. Yes, the creatures are incredibly lifelike, which happens to visually suggest that they are taxidermy when they are in fact not. Impressive on many levels, the paper birds can be seen perched on a finger or in flight.

Full of intricate details and dynamic movements, the paper birds are masterpieces in and of themselves. Some of the sculptures were created for private commissions while others were made for luxury brands to be placed in window displays and more. They could easily rest in art galleries as well.
2.2
Score
Popularity
Activity
Freshness