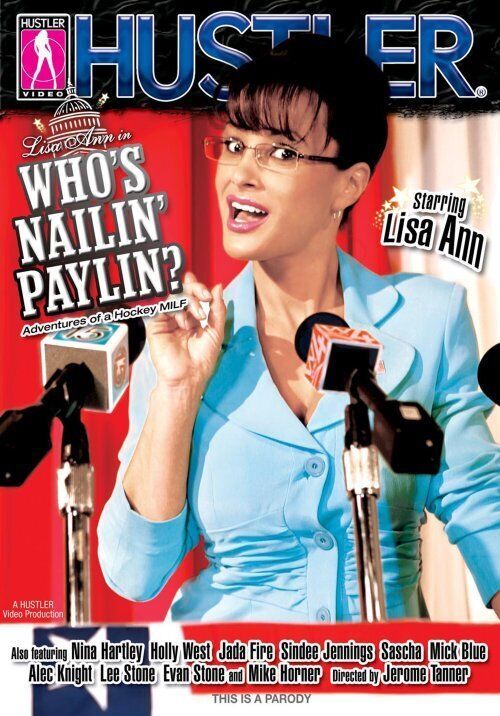 In the promo video Hustler released, you can see “Sarah” getting comfortable with her Russian neighbors. However, no strong scenes are shown aside from Lisa Ann’s humongous cleavage.

Hustler Magazine says, "'Nailin’ Paylin' is a 'dirty adventure to the wild side of that sexy Alaska governor,' featuring 'girl-on-girl lovin’,' 'nailing the Russians, who come knocking on her back-door,' and a younger Palin getting seduced by her college creationist professor who 'will explain a ‘big bang’ theory even she can’t deny!'"

Actresses portraying Hillary Clinton and Condoleeza Rice are said to make appearances in the film too as part of a three-way with Paylin.
6.8
Score
Popularity
Activity
Freshness
View Innovation Webinars