Educational Values in Skincare
Next
Set of
Related
Ideas 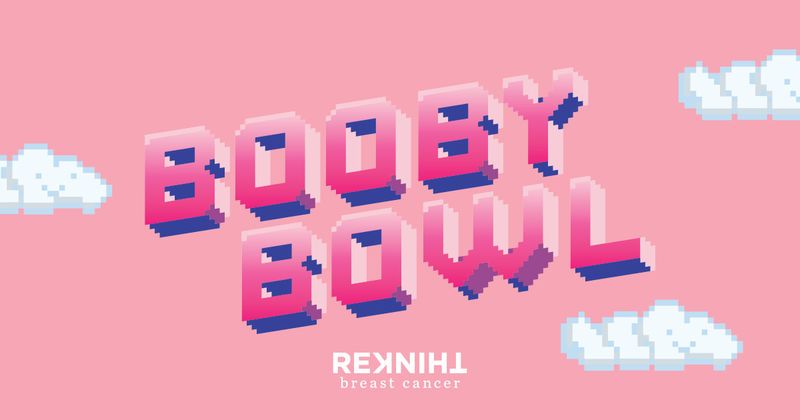 An Interview with MJ DeCoteau, Founder of Rethink Breast Cancer

Kalina Nedelcheva — January 30, 2020 — Business
References: twitter & rethinkbreastcancer
Share on Facebook Share on Twitter Share on LinkedIn Share on Pinterest
Rethink Breast Cancer advocates for the Young Women’s Breast Cancer Movement. It is an organization geared toward facilitating a support network where people can learn and help each other. From a sizable online community to a relaxing health retreat, the not-for-profit has been quite active since its conception almost 20 years ago.

Between January 25th, 2020 and February 1st, 2020, Rethink Breast Cancer will be holding an innovative e-gaming fundraising event, titled the ‘Booby Bowl.’ A clever spin-off of the sporting event, but not affiliated with it, the campaign welcomes five gamers who will raise money to support the organization on their respective streams. Participants include Nick EH 30, LOMADIAH, Kitty Plays, Alliestrasza, and Miss Harvey. With an emphasis on female empowerment and representation, the Booby Bowl is a wonderful way of engaging Millennial and Gen Z audiences through eSports.

Hannah Rutherford (LOMADIAH) shared with Trend Hunter that as more charities hop on the Twitch bandwagon, an opportunity opens up for gamers to create content, raise funds and awareness for the causes they care about. “My community is fantastic,” she shares, “they’ve gotten each other through thick and thin, and their attitude motivates me on a daily basis to keep on producing content.” On the Booby Bowl, she shared that “a few members of the community were diagnosed with and undergo treatment for breast cancer, so the cause was very present in [her] mind.”

Trend Hunter spoke to Rethink Breast Cancer’s founder, MJ DeCoteau, about the organization, the e-gaming fundraising event, as well as her decision to collaborate with eSports to get further insight.

Can you tell us the story behind Rethink Breast Cancer and how it spun the creation of the Booby Bowl?

Rethink Breast Cancer has been around since 2001 and as part of the Young Women's Breast Cancer Movement, we seek to educate, empower, advocate for young women of all stages. We have built a platform where women who don't have breast cancer can asses their risk and determine what pathways they can take to reduce said risk; where women can learn about ways to get involved and support an important cause for women's healthcare. On the other side of the coin, our platform is also about supporting young women who, in the prime of their lives, were suddenly dealing with breast cancer.

As an organization, Rethink Breast Cancer really focuses on the younger generation to offer it the support it needs. What we have observed over the years is how these women learn, connect, and empower each other. All of this contributes to the continuous evolution of an organization that started almost 20 years ago. In recent years, we have become more integrated into digital environments. Of course, the emphasis is still placed on the important aspect of human-to-human connection and we have an incredibly healing retreat where women come together. However, so many women are on their phones and online. We want to stay on the radar for them, we want to be relevant. A digital-first approach helps us reach women wherever they are with important information and the community support that they need. As a result, much of our activity nowadays takes place online, in social media spaces. Our flagship fundraising event, The Booby Bowl, is a great evolution for our cause and organization. It is geared toward bringing young people closer together. It presents an alternative way of reaching people in their homes and giving them the opportunity to support our charity and the good work that we do. The Booby Bowl is a strategy in engaging the next generation and that is what we are really focused on -- how do we keep things fresh and how do we stay relevant to each generation of young people that we are serving.

What implications does the Young Women's Breast Cancer movement bring to the community?

Both physical and digital communities are absolutely vital to our young women's wellbeing. Breast cancer at a young age can be a really isolating experience. A lot of people who suffer from it experience anxiety and depression on top of the lifestyle changes and physical strain they face because of their condition. As an organization, we address issues and facilitate safe spaces to talk about hair loss, fatigue, body image, as well as lifestyle changes like one's career getting stalled and so on. So much of that assistance comes from having a network of peers and feeling like the people around you understand you and your experience. In a country like Canada, it is also hard to build communities in person, because the cities are quite big and the women looking for support are quite dispersed and often do not meet each other. Fortunately, the rate of young women getting breast cancer is not very high, but that means that bringing those who have it together in a big country like Canada proves to be quite difficult.

The online community is a great solution for this. It encourages these women to reflect and read the stories of others. Rethink Breast Cancer profiles a lot of personal experiences and calls attention to how people can connect, see each other and understand each other. Our healing retreat, on the other hand, has been described as 'transformational.' It is one thing to follow people's progress online and it is another thing to stand face-to-face with someone, thinking 'Wow, I'm like her. She understands.' Something we hear a lot is that people feel that their friends pre-cancer want to be supportive and help, but even though they are making an effort, there is still a missing link there. Hence, a community like the one we build is really important and beneficial.

Why did you decide to tap the Super Bowl and the eSports industry for your fundraising event? How did you choose the gamers?

With regard to the Super Bowl, we thought it would be fun to disrupt the conversation surrounding the event. The Super Bowl is a very bold entity that draws the attention of many, whether it be for the actual sport game, the half-time show or the commercials. It has become a ritual.

In addition, we found that a lot of people are talking about eSports nowadays. It is new, exciting, people are following it and are curious about it. This makes it great for starting conversations about important topics and causes. We first picked up on this last year and started with Canadian gamer Nick EH 30. We got introduce through our friend network and we learned about what he was doing about some causes he cares about. We thought he could help Rethink Breast Cancer too. So, we kind of build a relationship around that and we did an initial stream. It was just his fan base and he donated a day to us last May and raised almost 23,000 USD for our cause. It was incredible! These gamers have an amazing reach and ones like Nick find really fun and creative ways to drive excitement around fundraising on their stream. Not only was he engaging his audience, but he also sparked a lot of discussions among his fans. Even as he announced our partnership, a lot of people were reaching out, responding and commenting on his social media -- some even sharing personal stories of breast cancer in their family. They were very supportive of what he was doing. This created a space for Nick's audience to learn about our charity and the unique programming that we offer. It was also a very accessible way for donating. Micro donations of $1, $2, $5, eventually added up and amounted to a sizable sum. Everything felt very authentic and the engagement levels were through the rough. We wanted to do more.

We saw an opportunity in combining eSports and the Super Bowl. We thought it would be a fun way to highlight various female gamers, as well. That tied our narrative together. Through all these factors, the Booby Bowl becomes this event that plays off the popularity of the Super Bowl, but is created by a women's organization, featuring women to support young women. When selecting the participating gamers, we looked for women who were very engaged on their platforms, but also ones who were bringing a positive vibe within their respective e-sports communities. We wanted our event to be really upbeat and female-friendly.

Another reason we are doing this is that we are reaching out to our next generation of supporters -- how do they like to give to charity? What are their interests? How do we keep them engaged in our cause? and so on.

How is the Booby Bowl structured?

We pulled this together kind of last minute, as we wanted to take advantage of the buzz surrounding the Super Bowl. Scheduling was also subject to change due to each gamer's availability, as well as streaming schedule. As a result, we have stretched the Booby Bowl to run on a few days, in order to be flexible for those participating. We have given participating gamers the freedom to take our cause and run with it -- they know their fans, they know what they like. Nick already completed the initial one a few days ago and we have a couple of gamers following up on the 31st. Nick just moved to the Twitch platform so his audience was smaller than it was the first time around. I believe he raised about $14,000 within his livestream.

We do have a goal in mind, as we want to be able to roll out a second retreat. It is in such high demand that there is a sizable waitlist for it.

What new ways of raising money for charity do you see developing in the next couple of years?

You never know as the world is a dynamic place, but I think it will really come to understanding the younger generation and being able to connect with them to stay relevant. But it also is important to make fundraising accessible -- from making a perches on a cool t-shirt for charity or attending an event like the Booby Bowl.

I think there will definitely be more ways for communities like the one in eSports to engage with each other more and it might be worthwhile to look into new and emerging social media to see how it can be utilized for a good cause.
4.6
Score
Popularity
Activity
Freshness
Get the 2021 Trend Report FREE

Focusing on Value and Sustainability
An Interview with Mindfull Inc. Founder and CEO, Matt Jimenez