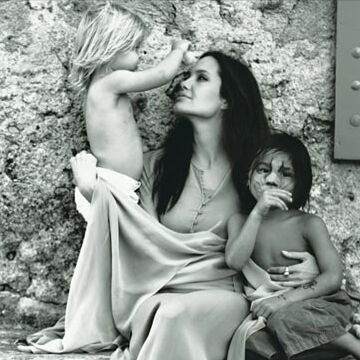 Angelina Jolie described the importance of the initiative in a statement. “These children often have nothing; no money, no support and no family, yet they come to America seeking its promises of a better life. But many end up becoming lost, traumatized, and ultimately forgotten.”

According to Amnesty International USA, about 8,000 children arrive in the US on their own each year, with only half of them represented by lawyers when they are taken into custody.

Microsoft explained that kids are, “eight times more likely to be granted asylum if they have an attorney.”

“Through our support of KIND, we hope to inspire the participation of many more representatives of our legal community to offer these children the fundamental protection they need. Every lawyer has a professional responsibility to provide pro bono legal services to those unable to pay,” said Brad Smith, Microsoft’s general counsel, in a statement.

KIND, which will be based in Washington, D.C, has already received more than $2 million in donations. It has also received more than 13,000 pro bono hours during its first year of operation contributed by more than 25 law firms and corporate law departments.
3.9
Score
Popularity
Activity
Freshness
Get Trend Hunter Dashboard