The Evolution of the Toy Industry 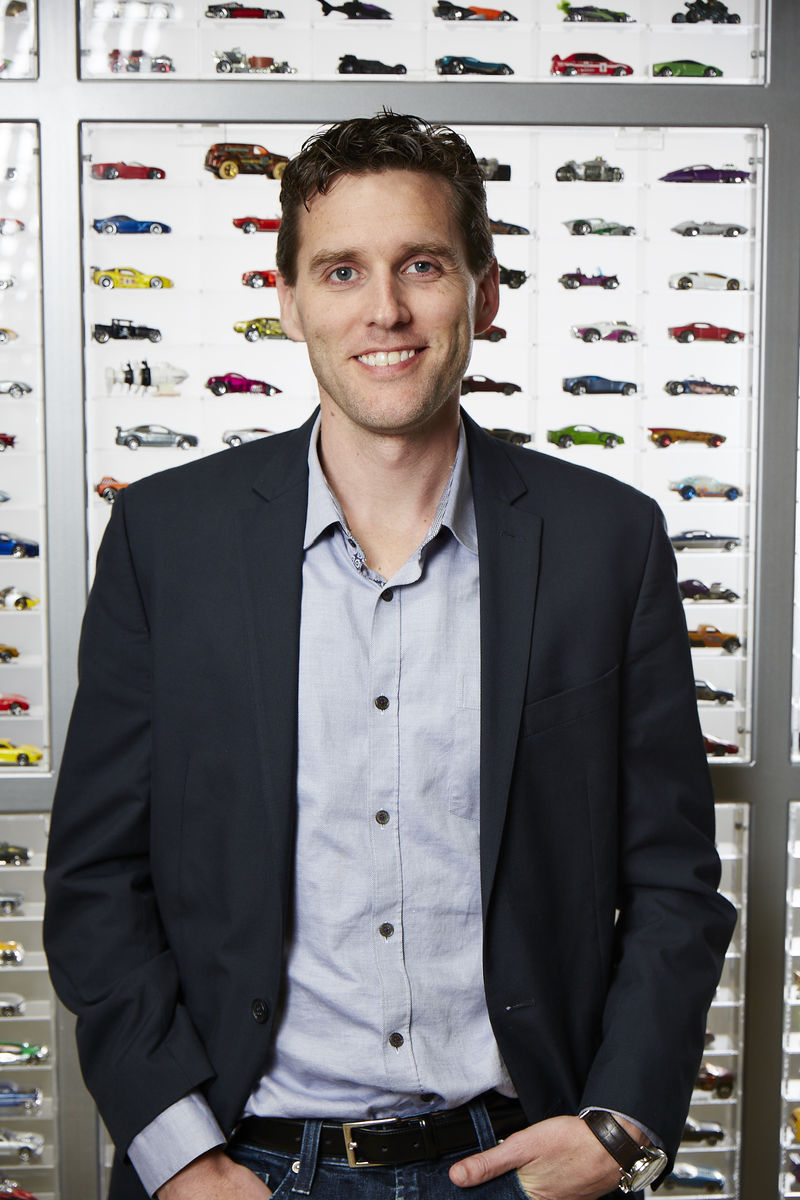 Ellen Smith — June 5, 2018 — Business
References: hotwheelschallenge
Share on Facebook Share on Twitter Share on LinkedIn Share on Pinterest
This year marks Hot Wheels’ 50th anniversary and Trend Hunter had the opportunity to sit down with Matt Brutocao, the Senior Director of Global Brand Marketing, to discuss the history, heritage and strategy of the three-inch toy cars that inspired an international audience of children and adults alike. To commemorate the anniversary, Hot Wheels will be re-releasing its ‘Original 16’ -- a collection of the first 16 diecast cars made in 1968. More than just a collector’s item, each piece in this fleet of miniature vintage vehicles comes with an important story. Equal parts adaptable and nostalgic the Hot Wheels brand has continued to evolve while remaining true to the same core values that were implemented 50 years ago -- design and performance. Whether it’s shaping car culture, inspiring the challenger spirit in a child, personifying beloved pop culture characters or creating unique social experiences, Hot Wheels has remained the tangible toy that thrives in a digital age.

The brand’s story begins in 1968, when Elliot Handler set out to create a diecast car that rolled faster and performed better than the leading toy car on the market. With the help of an engineer and a designer, Hot Wheels was created. The cars sat on the intersection of performance and design as its wheel and axle could roll faster than competitors, but its facade, which nods to car culture and a California custom style, was enough to attract car enthusiasts of all ages.

What can you tell me about the 50th anniversary and the release of the Original 16?

The first 16 cars that came out - we call them the Sweet 16 - were the Original 16 cars released in 1968. All of them are based on real cars, custom cars or concept cars from the automotive industry. Those 16 cars are among the most famous toys in the toy industry and they’re influential in car culture because so many people developed their love of automobile history and culture from playing with Hot Wheels as a kid.

Can you speak to the difference between attracting the attention of a consumer in the 60s versus today?

Meanwhile, a lot of things have changed. Back then, Hot Wheels were made for kids -- really just boys. Now, one in every three American girls owns a Hot Wheels car. Today we have fans and collectors of every age, it’s become a multi-generational brand. So, what’s really different is that we’ve expanded into a brand that speaks to nearly everyone. Another change is the increased interest in pop culture and as a result we’ve been able to form all sorts of pop culture partnerships with brands like Disney, Star Wars, DC comics and Marvel. So we’re not just bringing cars to life anymore, we’re bringing all aspects of popular culture to life through our cars.


How has the digitization of kid’s toys changed the way you view innovation and creation?

The core values are still at the core of the brand. Fundamentally Hot Wheels is a toy -- in fact it’s the number one selling toy in the world. However, the digital world does play an important role in how we’ve evolved as a brand. Video game racing is one of the coolest ways to engage and rather than creating our own video games, we partner with the absolute best of the best to incorporate Hot Wheels into really awesome racing and car-based games.

Hot Wheels is a brand that values thinking outside of the box. Can you think of a time you’ve taken a creative risk, whether or not it’s paid off?

Something that comes to mind is back in 2010 when Toy Story 3 was about to come out. At the time, Mattel was the master toy partner of that movie, so we were in charge of creating all the toys for that film, including cars. But, there weren't a lot of cars in the Toy Story movies, so in partnership with Pixar we came up with an idea to create cars out of the characters. Now, we didn’t design cars that the characters would drive, we created cars that personified those characters. We called them ‘Character Cars’ and the first two we did were Woody and Buzz.

Usually, the Hot Wheels cars we sell are based on something you’d see in real life, so we weren’t sure if kids or adults would be interested in collecting these designs. The designs were fantastical and based on the attributes of the characters you see in the films, but it ended up being a huge success and now Character Cars are a huge part of Hot Wheels’ brand that didn’t exist 10 years ago.

Has there been anything you’ve wanted to try that you haven't had the opportunity to try yet?

There’s no end to what we can do and we’re always thinking of how we can take advantage of technology, specifically a kid’s access to technology. It’s always changing to enhance the experience and I think as you watch Hot Wheels over the next few years, you’ll be seeing some really interesting things in that space where a boy, a girl or an adult, who has a Hot Wheels car can experience things not just physically but also digitally.

What do you envision for the future of your brand?

When you read about the toy industry what you hear is that kids are increasingly going digital and that it’s something that will hurt the toy industry. What’s important to note is that people started saying that in the late 70s, when the first home console video games came. So, digital has been evolving as part of a kid’s life for over 40 years and as an industry it’s our job to find a way to evolve with the trends and to always stay true to what our toys are. A lot of that has to do with our physical play. Were seeing a trend of parents wanting to have those physical experiences for their kids and people wanting to have those experiences with each other.

At the same time, we’re leaning into digital because that’s where the toy industry is heading. So it’s really all about striking a balance. It’s about treating digital as this exciting new thing, because digital and technology have been incorporated into toys for as long as toys have been around.

What’s coming up next for Hot Wheels?

The 50th anniversary plays a key role in bringing the brand to life. There's heritage and history in the stories that we’re telling, but what we want to use this opportunity to do is to ignite the challenger spirit of kids. Playing with Hot Wheels is challenging yourself -- whether you’re attempting to complete a stunt, to go faster or to complete that collection and we’re bringing that to life this year through a huge program called Hot Wheels Challengers.

For this campaign, we’re finding kid athletes who are distinguishing themselves through sports that embody the Hot Wheels’ spirit -- whether that’s kart racing, skateboarding or BMX biking and we have an event in Toronto at K1 Speed and it’s a kart racing franchise. It’s about finding kids who inspire us and who have great stories about embracing the challenger spirit. It’s not about winning, it’s about trying your best, and if you fail, try again and embrace the challenge.
4.4
Score
Popularity
Activity
Freshness
View Innovation Webinars