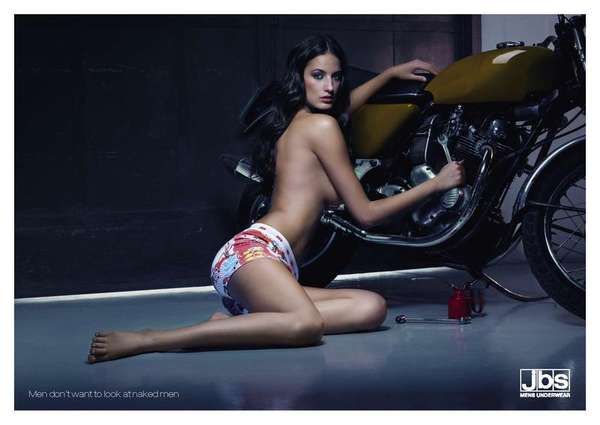 mediterranean — February 28, 2008 — Naughty
References: jbs.dk
Share on Facebook Share on Twitter Share on LinkedIn Share on Pinterest
After having to withdraw their recent ads (which you can see below) in Denmark due to heavy criticism of being discriminating to women, JBS has now released new ads for their JBS Mens Underwear line that are a bit less racy but still carry the same message and sexual undertone. JBS still insists that “Men don’t want to look at naked men.”

In the new ads you see scantly clad hot girls doing manly things such as fixing a bike, training with weights, standing at attention in the military and posing with a speaker. Yeah, I don’t get the last one either, but hey, it’s a half naked hot chick in a guys underwear, she can do whatever she wants, I can’t complain.
6.8
Score
Popularity
Activity
Freshness
View Innovation Webinars