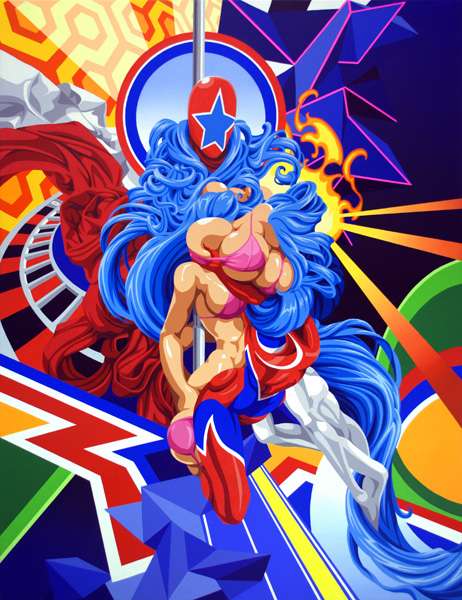 Jason Soy — July 31, 2012 — Pop Culture
References: jroper & winterteeth.tumblr
It’s hard to pigeonhole these James Roper works into categories since they’re such an amalgamation of everything art. Titled ‘Exvoluta,’ the images in this series feature ornate prismatic designs that hearken to a Baroque era of aesthetics. However, they also use pop culture figures like Power Rangers and luchadores as subjects and are highly saturated, reminiscent of pop artworks. Litter in some faux computer-generated designs and you have a body of work that defines “eclectic amalgamation.”

For those unacquainted, James Roper is a Manchester, UK-based illustrator. Viewers will no doubt be surprised to learn that Roper actually painted these images in real life, as opposed to composing the pieces digitally. The way he manages such flawless results using acrylics on a canvas is simply praise-worthy. And though they're modern, it's easy to envision Roper's work adorning cathedral interiors.