The Impact of Surrounding Space 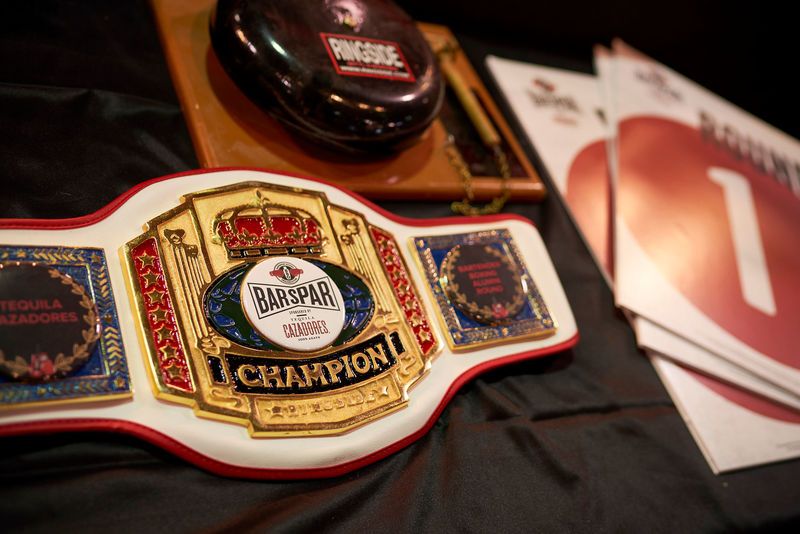 Kalina Ned — October 16, 2019 — Business
References: bartenderboxing & cazadores
Share on Facebook Share on Twitter Share on LinkedIn Share on Pinterest
On October 7th, Tequila Cazadores and the Bartender Boxing Organization held 'Bar Spar' -- a community-centric and health-focused initiative for local bartenders. The program sought out to promote wellness and healthier lifestyles among professionals by training them three times a week for three months. At the end, the bartenders were invited to step into the boxing ring and face each other in a properly sanctioned fight. As per the motto of the initative, " Tequila Cazadores punches above its weight and wants bartenders to do the same."

The Tequila Cazadores x Bartender Boxing Organization partnership promoted confidence, health, and community in unique ways. Trend Hunter spoke with Tequila Cazadores Brand Ambassador Kris Bahamondes about the merits of the Bar Spar program, how it has evolved over time and how the liquor label ties into the experience.

Could you tell us a little bit more about bartender boxing, what it entails and how it evolved to what it is today?

Bartender boxing is based on a shift that is happening within the bartender community and it is motivated by the need to focus more on their health -- not only physical health but also mental and emotional. People don't really realize the magnitude of stress that goes into bartending -- from the hours these people are pulling, whether it is 12 or 16 hour shifts for five, six, maybe even seven days a week to not getting enough sleep, bad eating habits like grabbing a slice of pizza at three in the morning or scoffing down a staff meal over a trash can in the back of the kitchen. Other activities include smoking cigarettes just so they can take a break, a shot or two and a pint with their friends at last call after their shift to take off the stress of the night and be able to fall asleep after being so energetic for so long. In addition, there are the delivery days when the bartenders have to bring the liquor order in, organize it behind the bar. They bend, they twist, it is heavy. Hence, bartenders really go through a lot and often don't consider that maybe they need to work out, eat healthier and take care of themselves.

There was this huge global shift in the community in the last three to five years. Bartender boxing evolved from that. It is created by Bar Spar (formerly the Bartender Boxing Organization) and is focused on making bartenders' lives more health-driven through training. Originally, the idea consisted of selecting 12 bartenders from a market. We've done this in cities all over the United States and Canada. We've trained participants three times a week for three months in a boxing gym. In downtown Toronto, we have a lot of really fancy, glitzy gyms -- those aren't the gyms that bartender boxing is held in. We train them in real boxing gyms, where people prepare for professionally sanction fights. We ask them to stop smoking, to stop drinking, to start eating healthy. At the end of that, if they want to and if they feel ready for it, they can participate in a proper boxing fight in Canada or the USA. It is fully sanctioned -- with doctor weigh-ins, official judges, all the bells and whistles!

How has the event changed over the years?

In the second year, it was noticeably harder when it came to training. During our first go, we were at Atlas Boxing and Fitness Club and then near the Yorkdale Mall. We were training max an hour and a half per day. Last year, however, we were training often over two and a half hours a day. It was noticeable, in terms of the amount of work that the boxers were putting in, and it definitely paid off -- the fights that we saw were more competitive this year than they were last.

Why boxing of all sports?

There's a two-fold answer to that. Firstly, boxing is probably one of the most athletic sports that one can do. full-body body workout. The amount of cardio that goes into it is just through the roof. It is really a test of your endurance and fitness. That is why running is such a huge part of it. In my opinion, what boxing really comes down to is technical skills, but in the Bar Spar program, we are not looking for knock-outs. At this level, it is about who has the most energy in the last 30 seconds of the round or in the last minute of the third round. That is who is going to win the fight almost every time. It is one of the ultimate tests of athleticism.

The second tie-in is the rich history of boxing in Mexico. For us, a Mexican brand to partner up with a program like that made all the sense in the world.

How does the Bar Spar program build community?

The program builds community on a couple of different levels and it is pretty amazing at it. Imagine if you were in spin class and going three days a week. You're always on the same bike, there is the same person next to you every time. You're probably going to be best friends with that person. This is analogous to the Bar Spar program -- two and a half hours, three times a week. A lot of the participants are actually doing additional practice on their day off, sometimes together. They are sweating, hurting, and growing together. The bond that they build through this is nothing short of family. In the group from last year, the participants became incredibly close to each other.

The group from this year are exactly the same. You also see different levels of community -- the coworkers of these bartenders and the regulars at their bar. They come, being incredibly supportive. Then, everyone in general -- wherever we do this program, people get really, really excited. People are watching what's going on for three months and are getting excited about the fight and then coming out to support it. It almost feels like they are part of it too. You just feel invested, even if you don't participate directly. At this past event, I was speaking with a bar owner who had two bartenders from his establishment fighting each other. So, no matter what, one of his employees was going to win and the other was going to lose. It was an interesting dynamic for him!

How did the partnership with Tequila Cazadores come about and how does the brand tie to the community?

It is super beneficial for Tequila Cazadores to be involved in such a successful and interesting program. It's always been one of those brands that have done well in terms of numbers, but it hasn't had the brand recognition that this program helped it achieve. This partnership has been very symbolic for everyone, allowing us to grow together.

We've seen how Bar Spar contributes to the wellness of bartenders, but what about the casual consumer? How does an event like this resonate with a broader audience?

The event itself is not consumer-focused. It is focused on trade. Hence, it is meant to be 90% or more of bartenders in attendance. In terms of the casual consumer, this event gives them something to associate the brand with and to be excited about when they see the brand behind the bar. This partnership creates brand recognition and it creates amazing memories that people are bound to associate with the brand, talk about it, have a cocktail with it.

And bartenders are our #1 advocates and they really are the people on the front lines every day -- recommending brands to consumers and talking them up. So, if bartenders love Tequila Cazadores and they want to recommend it to patrons, that's absolutely the best possible situation for us.

How do you plan to bring the Bar Spar program to the next level in the future?

There were definitely some changes between last year and this year, in terms of the fight and the program itself. A good example from last year is having Toronto and Moparticipateicipate in the program. Toronto had a fight and Montreal had a fight and at the end of this, there was a Toronto versus Montreal event. It was great.

This year, we changed that and instead of investing in a huge blowout of city versus city, we decided to invest that money into the bartnedrs. At the end of the program, all bartenders who won their fight in Toronto and in Vancouver are traveling with the brand ambassadors to the Cazadores distillery in Mexico. The trip is all expenses paid and is an authentic four-day experience in Jalisco. They will be living and breathing the brand as a kind of 'thank you' for their hard work.

In terms of future programming, I have no doubt that we are going to continue to evolve and grow, with a focus on the bartenders specifically because that is what it is all really about.
3.4
Score
Popularity
Activity
Freshness
Access Advisory Services