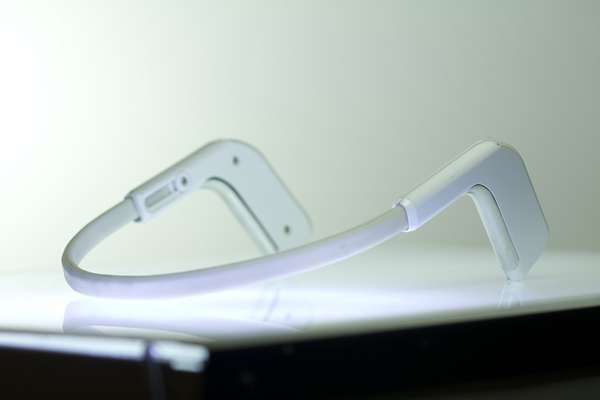 Taylor Keefe — October 22, 2012 — Tech
References: indiegogo & interaxon
Share on Facebook Share on Twitter Share on LinkedIn Share on Pinterest
InteraXon’s Muse headband begins its Indiegogo campaign today in order to raise funds and awareness for its newest product: a brainwave-sensing device that lets you track and optimize your cognitive activity. A leader in the thought-control technology arena, InteraXon has been developing the Muse headband for years, and is now ready to bring the device to market.

InteraXon is a Toronto-based company formed by CEO Ariel Garten, COO Trevor Coleman and CTO Chris Aimone. The trio’s main goal is to develop and promote thought-controlled computing technology by combining neuroscience data, sleek design and state-of-the-art engineering. Currently, the Muse headband is supported with a variety of apps and games to get users more familiar with the device, and to help them develop a better understanding of their own cognitive activity.

InteraXon's Muse headband connects wirelessly to devices via Bluetooth technology. As Coleman puts it, “It’s like a heart rate monitor for your brain.” With frequent use, Muse can determine patterns in your brain activity, giving users the ability to optimize neural abilities.

Initial price point for the Muse is $120 (plus $15 for shipping and handling) for the early bird special. However, for a pledge of $8,500, the InteraXon team will show up to your door with a though-controlled beer tap. That’s right, beer that you can pour with a thought. The world just got a little better.
5.4
Score
Popularity
Activity
Freshness
View Innovation Webinars