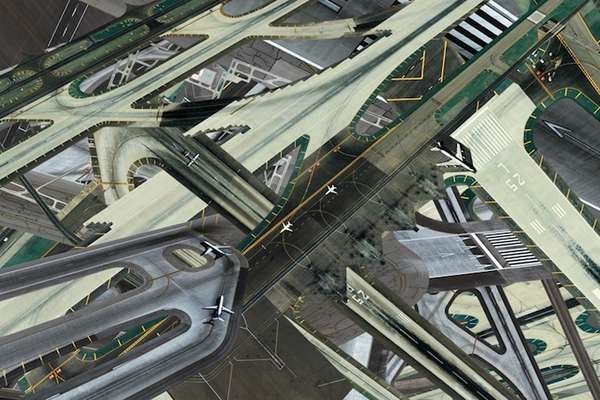 Ana Lopez — December 22, 2011 — Tech
References: blanz.net & mymodernmet
Share on Facebook Share on Twitter Share on LinkedIn Share on Pinterest
Getting around airports can be a daunting task as these places are full of exits and entrances, twists and turns, as shown by the visual work by German artist Hubert Branz. His series, titled X-planation, features aerial shots of airports found on the Internet that have been digitally altered by the artist.

Branz manipulated each photo in order to produce striking images of the airfield. He fused different shots together to exaggerate the complexity of airports and to make them look like a giant maze. Additionally, he mixed the perspectives of the shots, which adds a 3D effect to the series. This combination of techniques produces an artwork that plays with perspective and the visual field.