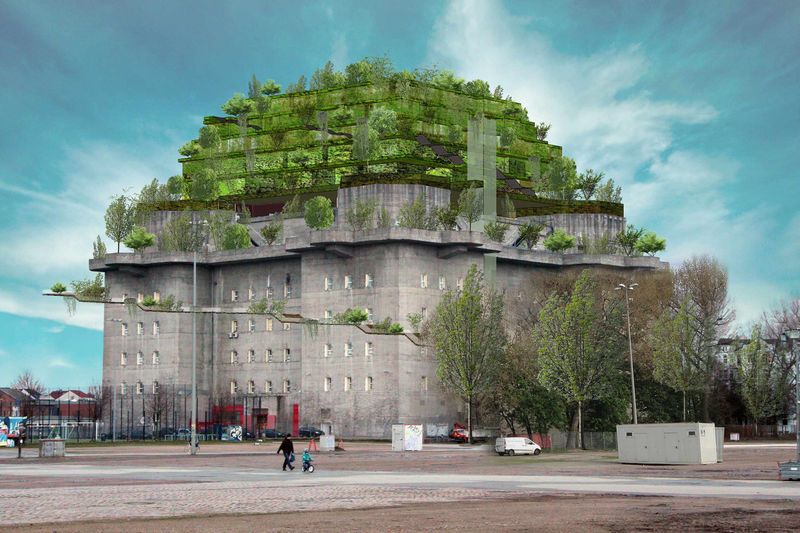 'Hilldegarden' Will Repurpose an Antiquated War Bunker in Hamburg

Joey Haar — May 25, 2017 — Eco
References: hilldegarden.org & archdaily
Share on Facebook Share on Twitter Share on LinkedIn Share on Pinterest
Though World War II ended more than 70 years ago, the relics of that massive historical moment still dot cities all around Europe, and Hilldegarden is a new project proposal that aims to make the best of what's been left behind. Labelled by the large team of developers behind it as a "green mountain," the Hilldegarden project would top a monolithic war bunker in Hamburg's St. Pauli neighborhood with lush greenery, turning it into an elevated public park.

To be sure, the bunker has not been left derelict since the end of the war. It currently houses a popular nightclub, a music school, an instrument store, graphic agencies and a photographer's studio. However, the drab exterior of the building has been largely unchanged since its conception, and the Hilldegarden project would be a big step in terms of beautification. The project also promises to increase urban agricultural production and wildlife.
6
Score
Popularity
Activity
Freshness
View Innovation Webinars