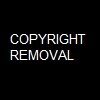 Marissa Liu — November 17, 2009 — Fashion
References: community.livejournal & magxone
Share on Facebook Share on Twitter Share on LinkedIn Share on Pinterest
Despite his team’s inability to play four quarters for football this Sunday night, Tom Brady graces one of the five GQ 2009 Men of the Year covers. The December 2009 edition of GQ features Brady as well as Barack Obama, Clint Eastwood, Chris Pine and the guys from the Hangover (Bradley Cooper, Zach Galifianakis and Ed Helms).

Each GQ 2009 Men of the Year coverman comes with a title: Badass of the Year: Clint Eastwood, Breakout of the Year: Chris Pine, Comeback of the Year: Tom Brady, Funnymen of the Year: The Hangover Guys and Leader of the Year: Barack Obama. Plenty of eye-candy, something for the thinking man and a dash of humor should sell a few issues.
3.7
Score
Popularity
Activity
Freshness
Get Better and Faster