Gas Prices Causing People to Strip and Get Shot 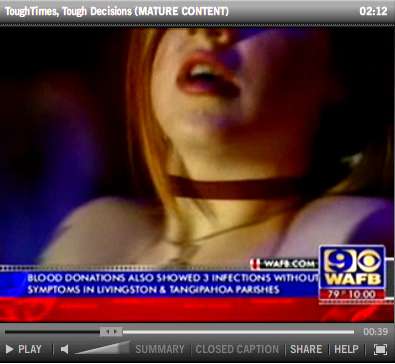 Jeremy Gutsche — July 18, 2008 — Business
References: wafb & blogs.phillyburbs
Share on Facebook Share on Twitter Share on LinkedIn Share on Pinterest
Earlier today I wrote about 10 gas price trend (and 126 ways to avoid skyrocketing gas prices). Since then, I've had a couple links sent to me. Most interestingly, I've learned that skyrocketing gas prices are causing people to strip and to get shot.

Is real life actually an episode of Jerry Springer?

Lets break these two down:

Getting shot because of gas prices: The first link I received was about a dude shot dead because of gas prices. In short, Fox News reported, that 46 year old David Babcock was arguing with another man on the street before he was shot and killed. It's a little bit of a stretch, but basically Phillyblurbs points out that gas is to blame because he was riding his bike to avoid the high gas prices.

Stripping because of gas prices: In short, the high gas prices are to blame for women making the tough decision to sell their bodies for gas money... Another questionable link? WAFB's news video reports, "During these tough economic times, many people are struggling to make ends meet. The city's housing market is in a slump, gas and food prices are rising, and some say it's either sink or swim. Now, some women are going to great lengths to make some extra cash right in Baton Rouge. "

Don't forget people are also giving away their blood for gas: