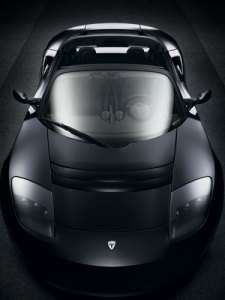 Jeremy Gutsche — July 20, 2006 — Autos
References: wired
Share on Facebook Share on Twitter Share on LinkedIn Share on Pinterest
Historically, the issue with hybrid cars is that they just aren't fast. However, in March, we featured the VW Ecoracer Hybrid Car which raced 0 to 60 in 6.3 seconds. Respectable. Then, we featured a Hybrid Made by High School Students that went 0-60 in 4 seconds... VERY respectable. Now, the new Tesla Roadster takes things to a new level. The Tesla Roadster can rocket from 0-60 in just 3 seconds.

Wired explains that the 'trick' of the Tesla is that it relies on 6,831 rechargeable lithium-ion batteries, "The first cars will be built at a factory in England and are slated to hit the market next summer. And Tesla Motors, Eberhard's company, is already gearing up for a four-door battery-powered sedan."
6.3
Score
Popularity
Activity
Freshness
View Innovation Webinars