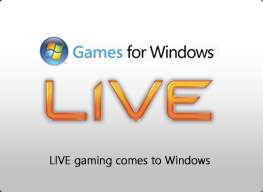 Jeremy Gutsche — July 24, 2008 — Tech
References: arstechnica
Share on Facebook Share on Twitter Share on LinkedIn Share on Pinterest
Free games are just around the corner, courtesy of Windows Live. The PC video game service, which used to require a subscription fee, will no be completely free. In addition, it will get better. Microsoft plans to launch a Window's Live equivalent of its Xbox Live Marketplace, where Xbox 360 gamers get access to demos, games and previews.

Microsoft's Kevin Unangst described the move into free games, "We're going to go and invest in PC gaming in a big way. First we did the retail and the branding and the marketing, then we did advertising, and now you're starting to see the fruits of our technology advances. We've been listening to the industry and saying 'what do you want from us to make the platform better?'"

In short, the move is pretty important because it signals that Microsoft will start investing into PC games with a level of effort closer to their investments in the Xbox 360.

This news comes at the same time that the company announced a platform for user created Xbox games.