Innovating with the Future

The Value of Apprenticeships

The Importance of Design-Thinking

Innovating in Tech and Basketball 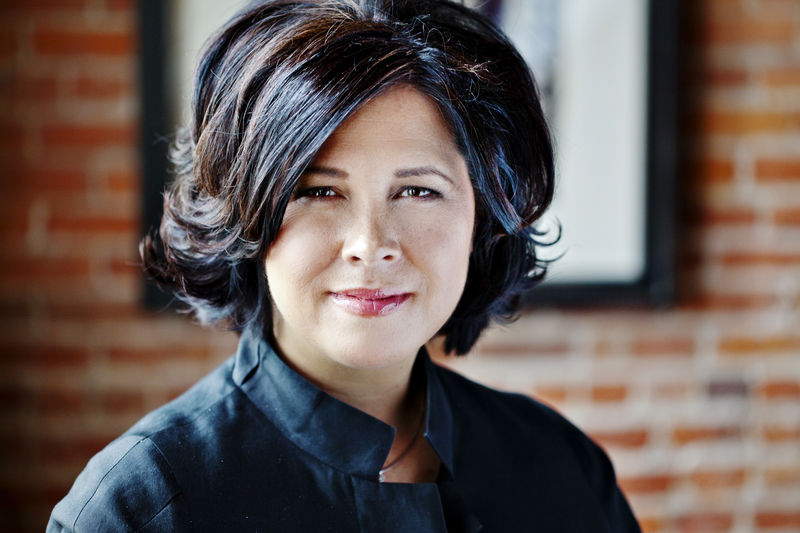 Ellen Smith — December 11, 2018 — Business
References: corporate.ford
Share on Facebook Share on Twitter Share on LinkedIn Share on Pinterest
Understanding and contemplating the future is an exasperating task for most, but for Sheryl Connelly, Ford’s corporate futurist, it’s an average day in the workplace. With over 100 years of automotive experience, Ford Motor Company plays a powerful and integral role in society and it’s comprehensive annual trend research ‘Looking Further with Ford’ aims to be proactive in implementing positive change in the world. In this year’s report, Sheryl Connelly and the Ford research team take a holistic approach to trends, considering changes on both a local and global scale, with topics spanning from politics to technology. Trend Hunter had the opportunity to sit down with Sheryl to discuss some of the takeaways from Ford’s latest report, and how the automotive company is leveraging this data to innovate and adapt.

Can you tell us about yourself and what you do?

I’m the Global Consumer Trends and Futurist for Ford Motor Company. It’s a role that I’ve held for 15 years. My job as the corporate futurist is not to predict the future, but to challenge the status quo and to get people to think differently about how the future might unroll. We do that through scenario planning and wildcard analysis, but we also spend a lot of time tracking trends. For the most part the trends that we spend our greatest focus in are Macro trends. Macro trends are the slow-moving things like aging population, or urbanization -- things we think are going to be relevant for decades to come. But we also keep our eyes on what’s emerging, and that’s what this publication is about. This focuses on something called Micro trends. Micro trends have a shorter shelf life, we think 2-5 years in general. I always teasingly say that the Micro trends can grow up to be big strong Macro trends but it’s just too early to tell. So we publish this report on an annual basis to start a dialogue.

How far into the future do you typically look? A few years? Decades?

It’s both. We look 5, 10 or 20 years ahead -- it really depends on the context of what you’re looking at. A lot of these trends require a much longer discussion, however this year’s book is interesting because what we try to do is build on a theme we started last year: Disruption, chaos and the overwhelming sense of dismay that seemed to be emerging around the world. When we started our research about 2 years ago in the US, it was particularly palpable as we had had one of the most contentious political elections that I’ve ever been witness to. It left people feeling very frazzled. As I traveled around the world I learnt this wasn’t uniquely American. In fact, the UK and EU as a whole has been struggling with Brexit, and we saw that in India they were dealing with a new policy where they were trying to take currency out of the market, which led to people feeling uneasy. When we looked at our research we found that two thirds of the 9000 people we spoke to said they felt overwhelmed by the changes that were taking place in the world, which is a really sobering data point.

We contrasted this against another trend that we did, ‘The Edge of Reason,’ in which we analyzed how polarized society has become -- that the willingness to engage in polite debate seemed to have been eroded completely. The upside of our research found that three fourths of the people we spoke to said they still believed that as individuals, they had the ability to create positive change. That provided the scope for this year’s trend book, in which we explored the power of behavioral change. We looked into what causes people to change, the underlying drivers. To do this we expanded the scope of our research, so we’ve included 14 countries and spoke to over 13,000 people. We found that close to 90% of people said that hope is what drives change. However, there's still close to 15% that says fear drives change. Likewise, 70% of people said they were energized by change, but 33% said that change scares them.

As a futurist, what are your personal priorities with this research? Is it product development or marketing? Or a much larger study of humanity?

Well, we want to look at what’s relevant to us, and what can we do about it as a global company that’s 100 years old. But we also want to make sure that we’re not blinded by our own biases. So I like to start really big. I look into what things are happening that have nothing to do with our business, with our industry, or with our region. Then we work our way back to the center. Each of the trends published in this year’s book were discovered through that holistic approach and when we’re done with them we have to ask “well, what does this mean to us?”

Our very first trend in the book is called ‘The Tech Divide’ and the Tech Divide describes how technology is moving at an unprecedented pace in terms of growth, disbursement and displacement. When we think about change, our survey suggests that technology is one of the key components to bring change -- but people still wonder whether it’s a good change or a bad change, and we have interested case studies to debate that. For instance, Google can use some of its Artificial Intelligence to gather satellite data to look at where fishing is taking place to make sure it’s happening legally. We have the UAE in Dubai that wants to test the DNA of its 3 million residents to create a genomic database. Having that information can be extraordinary if you think about what you can do, what you can have, or what you can discover but the same time there’s people wondering if they want to share their information. They question whether or not it’s actually going to be used for good and wonder if it’s going to backfire.

Are you personally optimistic about where the future is heading in terms of technology?

I am personally optimistic -- it’s just my nature. I’ve done this work long enough to know that it’s much easier to imagine all the ways that things can go wrong instead of the many ways things can go right. This is still important because if you can contemplate what might go wrong, you can engineer around it. But I do believe in the essential good of mankind, so I guess that’s where that optimism comes from.

Can you speak to any trends covering environmental sustainability?

We have a trend this year called Eco-Momentum. Sustainability is a mainstream topic and yet the level of activism really varies. Some people are proud to be leading the way and how they consume is worn by them as a badge of honor. Others are very slow to jump on the bandwagon. So we wonder what will make people change. One of the questions I talk about form a Macro standpoint is that if the population continues to grow at its current rate and we do hit 9 billion people by the year 2040, then how will we have to change our lifestyle? There’s already a water shortage in many parts of the world, so could that tip over to food? So we posed a question this year: would you change the way you ate if you thought it would help the planet? Australia came in at 60%, China came in at 84%, Brazil at 82% and Canada came in at 66%. When you think about the world in those terms, from an automotive standpoint, we have to think about where can can make the most impact, and how we can implement more sustainability on the roads.

Everyone wants to talk about autonomous vehicles and I think it’s exciting to see how people are really warming to the idea. The majority of people we spoke to believe autonomous vehicles drive more safely than human beings. So we have to work with cities to figure out how to make that happen. So that’s what you’ll probably see Ford working on the most for 2019.
5.1
Score
Popularity
Activity
Freshness
Access Advisory Services

Promoting Equality in Media
In Her Talk on the Female Gaze, Emma Jones Considers Sexist Norms