Creating a Culture of Security

Actionable Innovation in the Workplace

Diving Deep in Innovation
Next
Set of
Related
Ideas 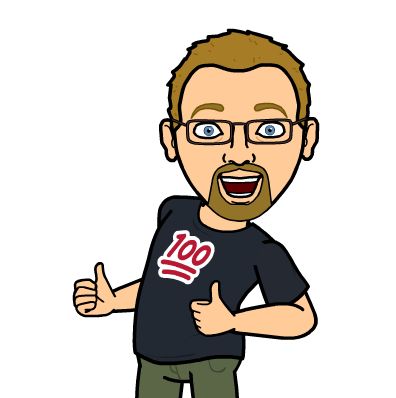 Joey Haar — March 24, 2017 — Business
References: linkedin & seaworldparks
Share on Facebook Share on Twitter Share on LinkedIn Share on Pinterest
Erik Baeumlisberger is a Project Manager for SeaWorld's 'Expedition X,' a team devoted to prototyping ideas. With a focus on nimble development and frequent iteration, he knows that “creativity isn’t just a nine to five job.” He and Trend Hunter rapped about blue sky concepts and ideating big while working small.

TH: Tell us about yourself and your role with Expedition X.

EB: I’m a project manager, and I work at the corporate office of SeaWorld in Orlando, Florida. We have a newly formed division called Expedition X, and this is our blue sky, R & D division. It was formed just as we got our new Chief Creative Officer, Anthony Esparza. We work under him, on projects ranging from trying to identify creatives within our organization to a virtual reality attraction that I’m opening in less than 60 days.

My division doesn’t work on the CGI type of VR; we use stereoscopic 360 video, which not a lot of people have seen because you have to experience it inside of a headset. It’s very different from the 360 video than you may have seen on Facebook — this is stereo, and it’s stereo everywhere you look.

That’s just one example of a project that we work on. But there’s a lot of what I call big ideas with tiny execution. We come up with this grandiose problem and then we try to solve for it on a small scale. We build prototypes in-house, and those are used to sell in to stakeholders. Typically when there’s an attraction product, stakeholders are looped in very early, because we want to have PR, legal, zoological, and everyone else in from the beginning to make sure we’re being efficient and not allocating resources improperly.

We basically get to dream big and execute small. The science might be off, the story might be off, but the technology isn’t. So we build these things in secret and then present them to stakeholders, and then our little experiment can get handed off to a larger group internally, which can then execute on the small experiment that they’ve seen. As opposed to other parks that have a one to two year development cycle, we’re agile enough to be able to develop in as short as a week.

How do you and your team generate great ideas? Do you have certain rituals to make creativity happen?

We have an internal social network that we share ideas on, and we encourage commenting. From the commenting, new ideas are formed that were based on the original ideas, and so on. That’s something we started about a year ago, and it’s growing. It’s turned into a live presentation as well, so not only do we share ideas on that network, but also in a live environment that encourages Q & A and discussion. Not everybody may have seen a post, but if it gets enough activity and it’s relevant to current projects, it’ll be brought up in the live session. People are really comfortable commenting, liking, and sharing things on the web, so we created a tool that adapts to that understanding of idea-sharing to promote it internally.

We’re trying to reach out and find out who our creators are. That’s another reason this social network’s so important. Somebody could be working in, say, Finance, but they might have great ideas or interest in anything from model trains to new technology. We’re trying to tap into those creative minds even if they’re outside the creative department.

What are some barriers to innovation?

Time and money are always barriers, right? But we try to assign deadlines to everything we do, because we can’t have two year development cycles for something we’re not sure would even work. So we try to keep our deadlines tight, which forces you to innovate and work with the materials and vendors that you have on hand. So time and money can definitely be barriers, but they can also be motivating factors to get things done quickly and then iterate on whatever you learned in building a second version.

We work in the theme park industry, so we have the option of just going to ride a rollercoaster if we want to reset. Or we take our laptops and go to a special place in the park where we know they play cool music, so you can sit outside when the weather’s nice.

But my projects all overlap, and I’m always looking for new ones to start. I enjoy the starting process, that creative “What if?” And that actually helps me reset and gets me reinvigorated about what I do.

Wearables are an example. Anything from Apple Watch to Android Wear to Fitbit to the things that Coldplay used in the early 2000s and Taylor Swift used on her last tour. They were light-up LED wristbands that could change color in sync or, for Coldplay, they would glow yellow. We’ve thought about how guests could use that in a theme park experience. Would they like it? Would they use it? What would we do with this technology if we had it? We just always ask that “What if?” question.

I always say that you should surround yourself with people who are smarter than you. That’s a quote someone said to me a long time ago, and that’s the environment I like being in. Being motivated by ultra-creative people or people who are ridiculously intelligent is a driving force, because it raises your level to try and be like them.

We have a collaborative environment that’s getting more collaborative. Our group is right next to all the design and engineering people, and they have a lot of young, fresh talent. We’re so small and nimble that we can shout across cubes and reach all the important people just by yelling at them, versus larger companies where you have to beg, borrow, and steal to get time with somebody. And it lowers the egos too; we’re pretty egoless around here. We’re all trying to help each other and trying to grow — there aren’t a lot of titles being thrown around.

What do you think your industry will look like in 10 years?

I’m hoping that it starts going back to the way it used to be in terms of giving guests experiences that they can’t get at home. That’s easy with roller coasters — obviously you’re not going to build one of those in your backyard — but in the early days of theme parks you had technology and concepts that were just unheard of. In the early days of Epcot they had computers when people couldn’t afford computers, and they had cutting-edge robotics displays when robotics was just a word that people knew but had little idea what it meant. In ten years, I’m hoping that we’re blowing guests’ minds again, combining technologies in experiential ways that guests haven't even thought of before.
3.5
Score
Popularity
Activity
Freshness
View Innovation Webinars