Adventuring for the Brand

Abandoning Routine in the Workplace

Learning Through Risk
Next
Set of
Related
Ideas 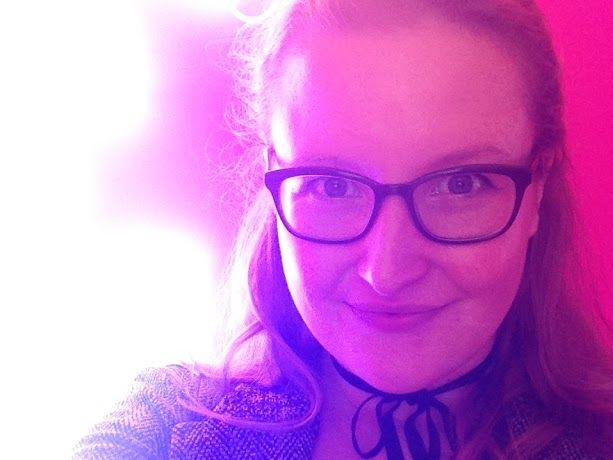 Riley von Niessen — March 17, 2017 — Business
References: xing & merlinentertainments.biz
Share on Facebook Share on Twitter Share on LinkedIn Share on Pinterest
Merlin Entertainments, a company that's based out of Britain, is focused on providing consumers with unique and rewarding experiences that will stick with them. Recently, Trend Hunter spoke with Emily Beckmann, Concept Creative and Communications Manager at Merlin Entertainments. She discussed her team's creative rituals, some barriers to innovation, as well as how they use data to ensure that they can offer the very best to their consumers.

Can you tell us a little about Merlin Entertainments and your role there?

We’re a company of around 25,000 people worldwide and we have just over 110 attractions, from LEGOLAND big parks, to various stand-alone theme parks, and branded efforts such as Madame Tussaud’s, or The London Eye that are placed in inner-city contexts. My team, which consists of four people, is called Concept Lab and we sit within Merlin Magic Making, the creative team within the company.

We are tasked with incremental innovation, the big-scale ideas that will be disruptive for our market. As a Communications Manager, I reach out to new and exciting companies that we might be able to partner with. I also look at all sorts things on the market, such as immersive theater, robots, drones, autonomous vehicles, and basically anything else you can imagine that might be fun for people to experience.

How does your team generate great ideas? Do you have certain rituals to make creativity happen?

I’m lucky enough to work for a manager that has been in the entertainment industry for a very long time, with more than 25 years of experience behind him. He’s had various roles within the business, from working with LEGO, to being the Group Creative Director, to now being in this role, where we can freely come up with the "crazy stuff."

We have monthly sessions where we invite people from different businesses, like a movie prop maker of even a magician for example. This enables people to come up with fresh ideas that we can then discuss and decide which ones will be a good fit for Merlin’s portfolio.

We constantly work on 8 focus areas with the business development team. There’s not really a specific process to this, it can be quite random at times. We go out and see a lot of different things because getting out of the office can help us to come up with new ideas.

This might sound strange, but I think skilled people can be. We tend to find that the more people think that they’re experts in an area, the more they can get precious about their input.

A lot of the time, innovation is all about being able to excite someone about an idea and to not hold on too tightly. You can't see each idea as a baby in a commercial market and you have to trust the opinions of others you're working with, which can be really hard for some people.

Routine and structure is another barrier to innovation. One of my main jobs is organizing the creative chaos without the creatives knowing that I'm doing it, because as soon as you formalize something, I feel like there’s a lot of resistance from a creative point of view.

How do you identify trends? What resources does your team use to spot trends and insights?

With insights, we rely heavily on our on-site teams, because we’re such a massive international company. They tell us about the consumers and what they’ve learned about them through the data they’ve collected at attractions. With this, we’re able to get an understanding of what consumers in Japan are interested in for example.

We work with a network of advisors on specific briefs but also to stay on top of things we should be aware of for the future.

Hugely. We’re very fascinated with the magic scene for example, both what happens on stage and on television. We also focus on a lot of different technologies that have been developed for different purposes, which can be adapted for our industry.

I think the biggest thing is to always tell people that it's okay to just throw an idea out there. It’s important to create a culture where everyone feels comfortable in sharing their ideas and talking them out.

What do you think your industry will look like in 10 years?

We can’t really get around VR and AR technology, so we’re looking to adapt this for our own purposes. While I think that this will change the industry, I also notice that there’s a desire to disconnect completely. So, I think there’s going to be a bit of a split between very high-tech and low-tech.

Another thing that’s gaining more traction are end-to-end consumer journeys, where you go away for a weekend rather than just the day, and everything from the hotel and the transportation is part of one immersive experience organized by us.

What’s the most unconventional thing you have done to get creative inspiration?

As someone who’s not originally from Britain, I’m always amazed by the pub culture here. A lot of interaction happens out of the workplace, when you leave to go relax and let loose a little. It seems the pub culture here fosters a sense of openness in people that prompts them to speak more freely.

At the moment, we’re at a point at Merlin to do things that are totally unrelated to our daily work. For example, the other day we went down to a city farm, where everyone had an hour to spend time with rabbits, guinea pigs and other cuddly animals, allowing us to make space for new free thinking!
4.3
Score
Popularity
Activity
Freshness
Get Trend Hunter Dashboard

From Risk to Reward
Alexandre Bastos, Global Director of Innovation at Givaudan