20 Gifts for the Entrepreneur
Next
Set of
Related
Ideas 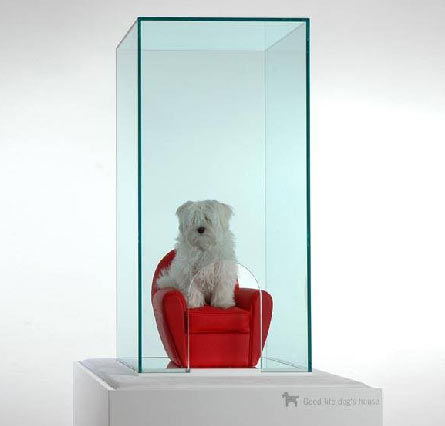 'Dog is a God' Brings Modern Design to Pets

Jeremy Gutsche — January 13, 2007 — Lifestyle
References: dogisagod.it
Share on Facebook Share on Twitter Share on LinkedIn Share on Pinterest
Dog is a God creates modern design dog temples. The theory is that dogs are, "primitive gods, affectionate and sentimental, now living on a human scale that we've created. Man's most faithful friend becomes a God... Consecrated, like in ancient times, when they were considered cult objects: The Assyrians and Egyptians embalmed them after death; and the Chinese, the Incas and The Mayas took special care of them... Dog is a God underlines this rediscovered divinity where man is no longer superior nor equal."

The company was launched by Marco Morosini, a leading international designer who works for Ferrari and dozens of Italian fashion labels. His love for pets led him to create Dog is a God. I use the term Dog Temple because 'Dog House' just doesn't cut it.