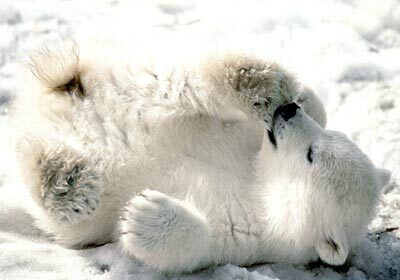 Germany's top newspaper, Bild, received a hand-written fax from a Knut hater who noted, "Knut is dead! Thursday midday." Luckily, that deadline has past and the young cub is still safe.

It's a pretty odd world when celebrity animals require police protection. Reuters notes, "As Knut appeared for one of his public appearance on Thursday, about twelve minders in orange jackets and carrying walkie-talkies patrolled the area around his enclosure to keep a close eye on the cub and the crowd of fans. Just an hour before the death threat expired, an unperturbed Knut rolled around on the ground with his bearded keeper Thomas Doerflein and, as usual, chewed his fingers."

Although the origins of the threat have not been noted, some animal rights activists had been calling for Knut to be, "Put down rather than raised by humans".