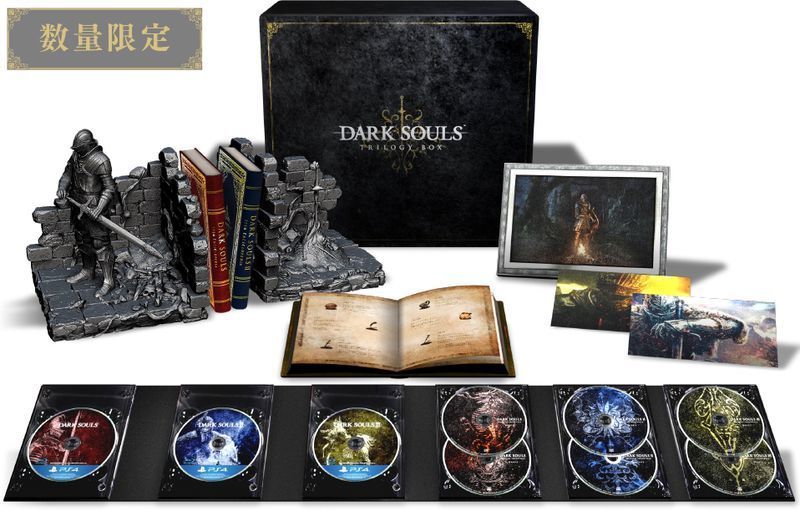 Justin Lam — January 16, 2018 — Tech
References: polygon & ca.ign
Share on Facebook Share on Twitter Share on LinkedIn Share on Pinterest
The Dark Souls franchise is perhaps one of the biggest to ever hit the gaming industry and soon Japanese collectors will be able to own an ultra-exclusive Dark Souls rerelease box set. In terms of playable content, the box set will contain all three games in the franchise as well as all the DLC. Buyers will also receive a pair of bookends, 10 art prints with a frame, a full color encyclopedia of each game and soundtrack CDs for each title. The box set is an impressive collection of all the game's media and will be sure to entice avid fans of the games. The box set is currently only available in Japan and is exclusive to Sony's PS4 console.

Collector and nerd culture is something that has become more mainstream, and with the popularity of the Dark Souls franchise it makes sense to release an exclusive collector's edition such as this. The Japanese exclusive Dark Souls box set has already stirred debate in the gaming community as fans patiently wait for a North American release. It is clear who this product is marketed for, but by in large speaks to the greater idea of obsessive fandom.
1.8
Score
Popularity
Activity
Freshness
Attend Future Festival