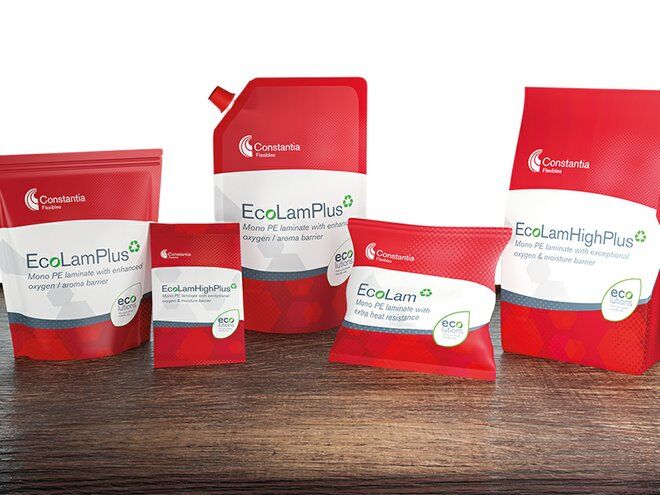 Michael Hemsworth — September 9, 2021 — Eco
References: cflex & packagingeurope
Share on Facebook Share on Twitter Share on LinkedIn Share on Pinterest
Austria-based Constantia Flexibles has announced a new PE film that maintains an 80% recycled content in a bid to reuse waste material and provide manufacturers with a more sustainable option. The packaging is achieved using waste from the production of EcoLam laminates such as ethylene-vinyl alcohol copolymer (EVOH), adhesives, metallization and inks. The materials are then used in an industrial scale extruder to craft the packaging, which is only then finished with virgin material for the sealing layer.

Senior Vice President of Constantia Flexibles' Research and Development Group Prof. Dr. Achim Grefenstein spoke on the new packaging saying, "In a circular economy, it is crucial that recyclable packaging laminates can be reused by the laminate manufacturers themselves, as is already the case for many coextruded films, i.e., films consisting of several materials. The current practice of incinerating or downcycling production waste will then be a thing of the past – an important step towards a more sustainable future.”
3.6
Score
Popularity
Activity
Freshness
Get Better and Faster