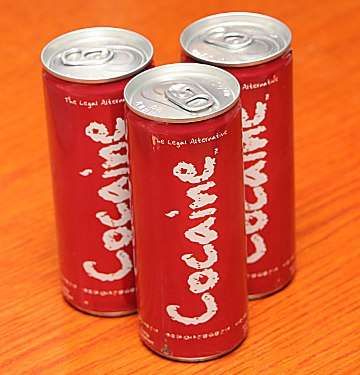 Energy Drink Not Banned Despite Rumours

Cocaine, made by Redux Beverages LLC, caused quite a stir because of its brand name and the marketing tactics used to promote it. Though there is no actual drug in it, Redux promoted it as “the legal alternative,” even spelling out the logo with a white, powdery font resembling the drug.

In recent days, a rumour has circulated that Cocaine will no longer be available on the market after recent complications with the FDA.

A press release issued today, however, confirmed that the rumours were false and that Cocaine hasn’t been banned by the FDA.

Redux was sent a letter by the FDA regarding the language used in marketing the energy drink. Slogans such as “speed in a Can,” “Liquid Cocaine” and “Cocaine – Instant Rush” belonged to the controversial phrases that put the company in the hot seat.

The good news is that Redux agreed to comply with the FDA’s requests, and beverage sales will continue. Cocaine is lucky to survive in this highly competitive industry. There were about 500 energy drinks launched last year, the majority of which are targeted at teens and young adults.